DPJ would be crazy if it didn’t tell its readers about this amazing show happening tonight. Ready?

Need we say more? OK, yeah, we probably do.

Stinkweeds owner and founder of Local First Arizona, Kimber Lanning, wants to not only support local music, but also put an end to the SB1070 boycott that honestly has been going on too long.

Arizonans have been suffering long enough with bands skipping our state when on tour and Lanning is rewarding us with a great home-brewed show. 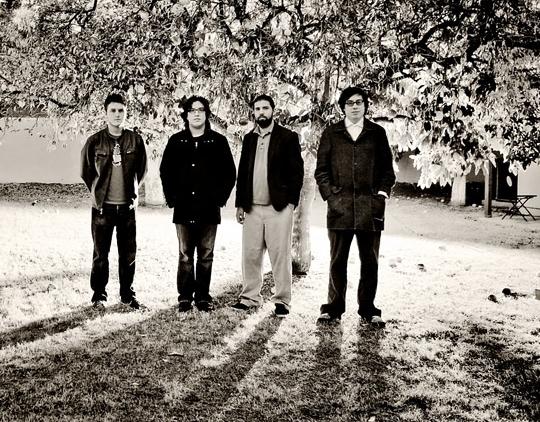 Some of the best Phoenix has to offer round out the bill: What Laura Says, Andrew Jackson Jihad, Kinch, Dry River Yacht Club, Colorstore and Hot Birds and the Chili Sauce.

If you haven’t heard of at least one of these bands, that just means a.) you haven’t been reading Make the Scene and b.) your ears have been missing out on some good stuff.

What Laura Says has a calm, harmonic sound with a splash of pop in their tunes. The band has played around the Valley for a number of years now and just played six shows in January. Needless to say, they’ve been very busy these past couple of weeks.

Andrew Jackson Jihad is an acoustic, folk-punk, politically themed band that gained its start at Downtown Phoenix’s own Trunk Space. Sean Bonnette and Ben Gallaty make up AJJ. With only two members, it’s quite remarkable to see the amount of EPs, full-lengths and splits they’ve done over the past couple years. (It’s up to 20!)

Kinch is an indie band that released its first full-length in 2008 and was awarded “Best Arizona album of 2008.” They’ve grown on the local scene and have played various dates on Vans Warped Tour and South by Southwest. Kinch has a folky sound mixed with fun piano resulting in an upbeat, Format-like vibe.

Dry River Yacht Club has been featured on Make the Scene and are still a band that NEEDS to be on your iPod soon. With every song comes more addiction. With so many band members it might seem like the music would be chaotic, but their sound just creates this cradle for lead singer Garnet’s vocals. It is simply too good to put into words.

Colorstore are on the indie side with snapping and stomping but have some surprise electronic elements in some songs, while others sound more like Iron and Wine. They’ve been working on a release A Fire, to be released in the spring.

Hot Birds and the Chili Sauce are three lovely ladies full of soul, funk and rhythm. You’ll discover dance moves you never knew you had while watching them jive on stage.

After all these bands, how can you NOT want to go? Spare yourself one $5 footlong and go to a great show. Doors open at 7:30 p.m.