Wrong, but don’t worry, you’re not the only one that thought that.

Lisa Savidge is actually a group of dudes creating a late-’90s-rock-meets-Explosions in the Sky sound. (Yep, sounds pretty epic already.)

The band has just finished working on its latest full-length album and is rather excited with the way it turned out.

DPJ talked with lead singer Dan Somers about the new record, touring, psychedelic lights and the people in life that go unnoticed but make a world of difference. 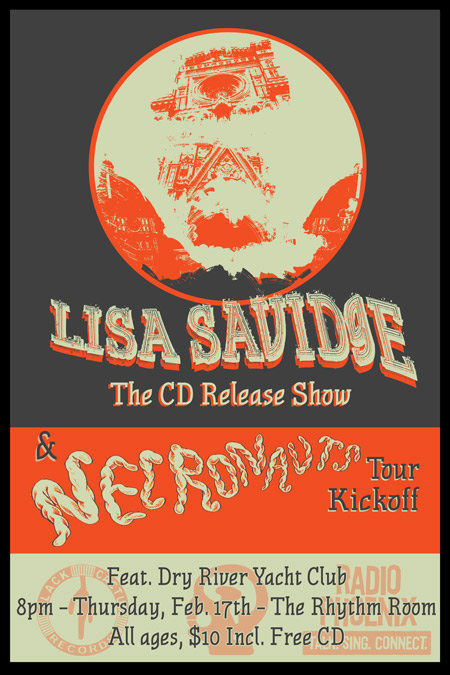 The band’s history includes all sorts of wackiness: Somers going to the army, band members leaving and Somers meeting his brother, Patrick, for the first time.

Their bass player left because of creative differences, which left the band incomplete.

“We needed a new bass player and [LaMaide] said that he could learn the bass,” Somers says.

Once the band was complete, the only thing they had to tackle was their sound.

In the past, the band had fallen into the punk and grunge genres, but after jamming around they found their sound.

Every member in the band listens to something different, from metal, to Pink Floyd, to indie, to shoegaze, which created their unique sound.

“We started working on this record once we found out what we wanted,” Somers says.

The 12-song record took about three years to create with the help of a dear friend, Jalipaz of Audio Confusion, a Mesa recording studio.

“A lot of the writing got done over email,” Somers explains.

Expect to watch an hour full of pure raw, loud, hypnotic jamming with a nice surprise for your eyes.

“We’re going to be making use of projectors and a huge screen,” Somers reveals. “We plan to take full advantage of that.”

And, just a bit more news from the Savidges: The band is playing South by Southwest in Austin. It seems like this is just the beginning for a great local band on the road to success.

The show starts at 8 p.m. and is $10. Admission price includes their CD.