Make the Scene | Coachella in Arizona for Free

Were you hoping to go to Coachella, but didn’t get tickets in time or can’t afford to go? No need to be upset!

Phoenix residents are very lucky to be so close to Indio, CA, because bands playing at this weekend’s festival are stopping in Downtown Phoenix beforehand and give us a little Coachella of our own.

Arcade Fire was the first band to kick-off “Arizonachella,” but now there are two free shows just in time for indie record shops’ favorite time of the year.

The Pains of Being Pure at Heart are playing a free show at Revolver Records Thursday night at 6 p.m.

Saturday is Record Store Day, bringing not only sales and sweet deals, but also Portland-based Menomena, who will play a free show at Stinkweeds, along with What Laura Says, Kinch and a few other local bands. 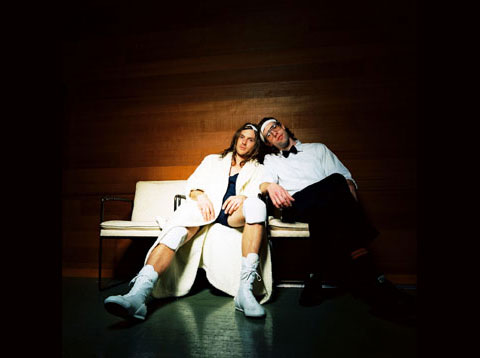 Menomena stops by Stinkweeds for a free show on Saturday, April 16.

Menomena started off making its experimental sound through the use of Deeler, a computer program co-founder Brent Knopf created. That’s just the tip of the iceberg of the bizarre dynamic of the band. Band members are never together when recording a record — they send ideas and pieces through email, recording and layering their ideas as they go.

Their latest record, Mines, was released July 2010 with a new direction for the band, fueled by more of an instrument feel than the computer beats of previous efforts.

The second song, “TAOS,” is the loudest, most energy-charged song on the record. It starts with a hypnotizing beat then kicks in with the drums. The chorus builds up, leading to a soft piano with hymning vocals before bassist Justin Harris’ repeated climax of, “Cut my leash and walk away.”

The rest of the album takes it back a slew of notches to a slower tone, focusing more on the lyrics.

Shortly before the Coachella lineup was announced, Knopf announced he was leaving Menomena to focus on his other band, Ramona Falls. Remaining members Harris and Danny Seim will tour with a replacement in the meantime, but they assured fans that they didn’t lose their “Kurt Cobain” in a recent interview in their local rag.

Menomena plugs in at Stinkweeds at 1 p.m.