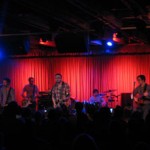 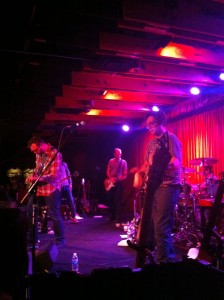 Last night, Gomez performed at the Crescent Ballroom with opening act Hey Rosetta. This year marks the 15th year Gomez have been together, and they have fittingly dubbed this tour their Quinceañera Party.

As a part of the celebrations, the band has been inviting its fans to vote for their top ten favorite songs on their Facebook page before each show to make up the second half of their setlist. Each city has a different top ten as chosen by their fans, and therefore, a different concert. (See Phoenix’s choices below!)

Those 15 years of experience really showed, both in their stage presence and in their performance. The entire set was flawless and fun, with Ian, Tom, and Ben looking plaid-tastic, collectively bopping to the beat and trading off lead vocals throughout the night.

Tom Gray was the most energetic, his antics constantly encouraging the audience to join in on their party. “Feel free to move, clap, do shit. It’s traditional at rock shows!” he told the crowd before launching in to “Hamoa Beach.”

Hey Rosetta did a great job of easing the crowd into a night of great music before Gomez took the stage. Their sound was delicate and punching in all the right places, some songs a more melodic punch between the keyboard and the electric violin, while others were filled with sharp percussion. At one point, their violinist picked up an old-school toy xylophone, and at another, the entire ensemble went into a surprise hip-hop beat breakdown. 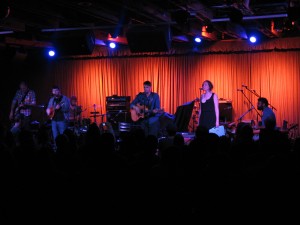 The variety of sounds in Hey Rosetta’s set were a perfect segue into Gomez’s set, during which they blended genres as best as they knew how all night long — from folk and bluegrass, to indie rock, to hip-hop, to psychedelic echo-y 70s rock (like in Blue Moon Rising) to ska.

The crowd was just as varied of a mix as the genres Gomez crossed, with 20-something hipsters, 30 something bros (I even saw a few fist pumpers in the front row), to 50 year old couples.

At one point in the show, one of the aforementioned older-bros shouted at the end of a song, “That was very good!”

To which Tom and Ben jokingly responded in exaggerated British accents, “Yes, that was very acceptable — we were quite pleased with that!”

Ian chimed in with the fun at one point, too, pointing out a fan and saying it was “nice to see a Slayer t-shirt in the front row,” right before playing my personal favorite song of theirs, “Options.”

All in all, between the amazing and interactive setlist, the quips and quirks and joking throughout the night, and the extremely varied crowd, the atmosphere at the Crescent really did feel like an extra-special birthday party last night. Feliz Quinceañera, Gomez! 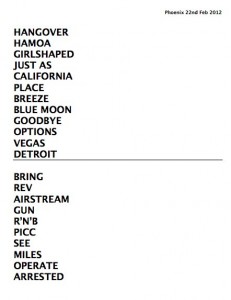