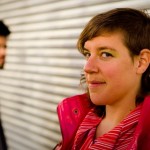 DPJ invites you to join us tonight at Crescent Ballroom to welcome Tune-Yards for their first visit to Phoenix.

We talked with bassist Nate Brenner about touring, the new album and the all too common conversation about Arizona weather.

Tune-Yards has a colorful history. It started as a solo project of Merrill Garbus, armed with just a looping pedal on stage. Shortly after, she released her first album in 2006. 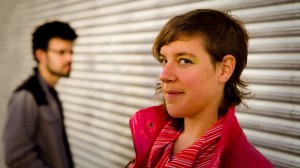 She was asked to tour with Dirty Projectors and needed to add a bass on stage with her, so Nate Brenner joined her on tour in 2009 and has been playing with her ever since.

The band released a second CD, “who kill,” earlier this year, which was recorded fairly quickly by writing songs to “fill in the blank” on the CD and recording some that were old touring songs.

“We were playing a lot of them live before the studio,” Brenner said. “They didn’t need a lot of work arrangement-wise.”

Merrill spent more time editing the songs and making the album less live sounding and more of a studio recording.

“It was the first time we had invited some saxophone players,” Brenner said.

Since then, they have added two saxophone players to the tour, creating what sounds like a 12-person band with only four members.  Of course, Merrill still works her looping pedal and makes beats on stage.

On this “who kill” tour, they decided to visit places where they haven’t played before, such as parts of Canada, Milwaukee and Phoenix.

“We just got back from Iceland like two weeks ago,” Brenner said. “It was freezing rain and everything. Phoenix will be a nice treat.”

While in Iceland, Yoko Ono came on stage with the band and sang with them, Brenner explained as if it was part of the norm.

Phoenicians can look forward to an innovative show from the small group, whose unique and quirky pop beats will have everyone dancing. You will leave with a huge smile on your face. So don’t miss the chance to catch the Tune-yards tonight at none other than the Crescent Ballroom.