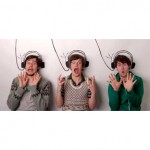 Craving a good night full of dancing but want something other than a DJ? DPJ may have a solution.

Friendly Fires is playing on Friday and The Naked and Famous perform on Tuesday, both at Crescent Ballroom in Downtown Phoenix. The shows are less than $20 and give downtowners a chance to see the new live music venue, if they haven’t already. 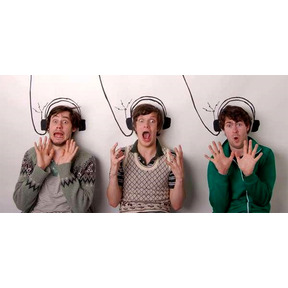 Friendly Fires is an English band from St. Albans, Hertfordshire. Since forming their first band at 14, the members have been inseparable. In 2008, they released their first self-titled EP. They take dance groove to another level with intricate beats, simple lyrics and indie synths with cowbells. It’s music for people who don’t want to go to raves or desert parties for a place to get loose and take over the dance floor.

English magazines have been teeming with reviews of their music and  photographs of band members, Ed Macfarlane, Jack Savidge and Edd Gibson. The latest Q Magazine nominated them as one of the “most exciting acts on Earth.”

Their newest release “Pala,” doesn’t stray too far from their self-titled first album, but has a tighter feel to it. The rhythm of each song is stronger than before and various styles of dance techno are woven together.

The Naked and Famous is a five-piece band from New Zealand. Although the band only has one studio album out, they are climbing the US radar with “Passive Me, Aggressive You.” They’re different from Friendly Fires in that they have a harder rock sound in between their dance beats and drums play a large part in many of their songs.

“No Way” starts off slow with Alisa Xayalith’s soft voice (think Sleigh Bells) singing, “When the daylight comes.” After a few verses, the beat explodes with drums and piano that come and go throughout the song.

For most people, songs like “Young Blood” and “Punching in a Dream” will have them flailing their arms in the air like there’s no tomorrow with the band’s chanting, hand clapping and raw-sounding, harsh guitar chords.

It’s a perfect way to spend a Tuesday night.

Throw on something dance-friendly and move like no one is watching.