From the Arizona Room | 60 Locations in One Handy Map 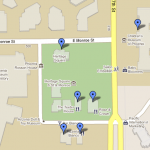 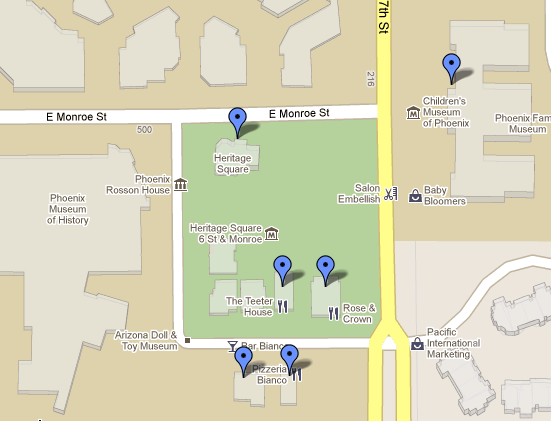 When “From the Arizona Room” began its weekly postings in early 2010, I couldn’t have imagined it would span a year-plus and 60 posts. In fact, I was so wrapped up in finding credible, authentic and interesting information in the Arizona Room that I completely missed several notable milestones: the one-year anniversary post, the 25th post, the 50th post and so on.

It’s interesting, going into the Arizona Room. You can’t help but get sucked back in time, lost in the lingo of historic architectural studies and early neighborhood surveys. You learn of the generations that made their mark on Phoenix back then, just as so many in our generation are doing today.

Around the 50th-post mark, DPJ wiki co-creator Jim McPherson took the time — unsolicited, as is usually the case — to map out each post in a Google map. For map geeks like us, it’s eye candy, sure, but it also presents the entire blog archive right in front of the casual reader, marking the places that would otherwise blend into the map or whirl by on the side of the road.

The map presents a lot of findings over the lifespan of this blog series, including:

Though this blog series is ending, the pursuit of interesting, well-maintained architecture in Phoenix is only continuing to spark interest. I urge you to consult this map when exploring neighborhoods or architectural styles in the central corridor. These 60 posts should give insight into Phoenix’s storied past. Let’s keep spreading these stories to our neighbors.

A special thank you goes out to Jim McPherson for creating (and helping to maintain!) this map!

View From the Arizona Room in a larger map