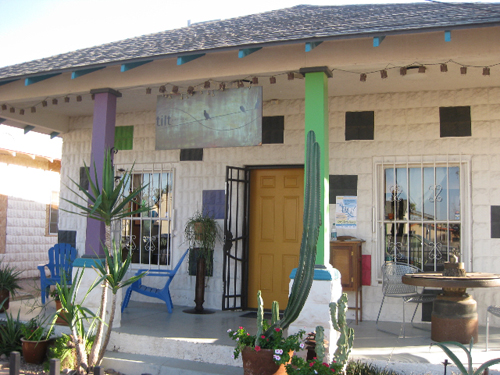 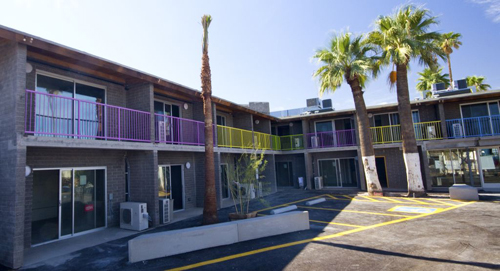 Grand Avenue is getting a facelift with the adaptation of the motor hotel Oasis on Grand into affordable live/work spaces for artists as a way to contribute to the revitalization of the neighborhood. 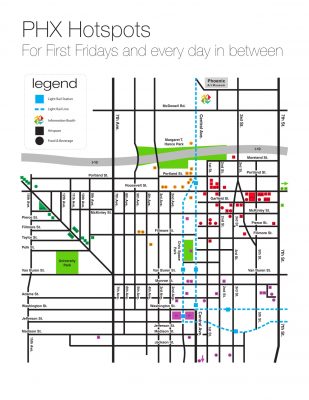 Phoenix and Grand Avenue are one of five specific city areas to be part of Partnership for Sustainable Communities, a government program looking to green urban areas.

Sep 26, 2009 (Sat) 8:00 AM – 10:00 PM Focusing on a theme of adaptive re-use, recycling, and neighborhood sustainability Small businesses and art spaces along this unique and historic travel corridor will host building tours, exhibits, performances, music and other special activities that highlight the history of this distinctive area of downtown, while reflecting… Read more

New Local Currency To Be Unveiled

Local currency coins to be presented to public first Friday during self-guided art walk. The coins are good for free items or discounts on local purchases. They will be used in lieu of the raffle tickets for the free clothes swap in ShopDevious beginning 8/15.

Simply titled, “3,” this year during Artlink’s Art Detour Jordre Studio will be hosting a show of three diverse artists, Jennie Ignaszewski, Tyson Crosbie and Kyle Jordre (owner of Jordre Studio). The opening reception is being held on March 6, 2009 during First Friday, 6PM-10PM. The studio will also be open during regular Detour hours, Saturday, March 7, 10AM – 6PM; Sunday, March 8, noon – 6PM.

The Mutant Pinata Show will take place again this year at 1301 Grand Avenue, at the historic Bragg’s Pie Factory, and will be open for the March First Friday (March 6th from 6 – 12 PM); Art Detour Weekend (March 7th and 8th); as well as the March Third Friday (March 20th) and the April First and Third Fridays (April 3 and 17).

If you’ve been to the Downtown Phoenix Public Market anytime in the last three years or so, chances are, you’ve encountered Anna Kletkke and her long-running food stand, Sapna Chill Out Cafe. Her tasty soups and salads have been a huge hit, especially since she’s big on vegetarian options.

Now you can enjoy Kletkke’s cooking every day of the week, at her brand-new restaurant, Sapna’s Cafe, which just opened yesterday. It’s located on Grand Avenue (1301 NW Grand, 602-254-6726), in the circa-1947 Bragg’s Pie Building, one of Phoenix’s last examples of “streamline moderne” architecture.