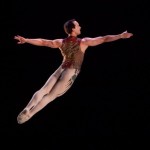 Alexei Ratmansky’s ballet Le Carnival des Animaux (The Carnival of the Animals) is easily the most family-friendly element. It uses 14 segments of appealing music written by French composer Camille Saint-Saëns, including familiar favorites like the gorgeous cello solo called “The Swan” and a charming xylophone-rich movement named “Fossils.”

“I liked his [Ratmansky’s] version of it,” says Andersen. “It’s just a very funny piece, and…it shows his quirky (side). He’s really one of the best around, I would say.”

Formerly the artistic director of Moscow’s Bolshoi Ballet, the Russian-born Ratmansky now serves as American Ballet Theatre’s artist-in-residence; at 44 he’s been called one of the two “most important choreographers under 70” by The New York Times (the other is Mark Morris). Ballet master Betsy Erickson assisted Ratmansky when he created Carnival for San Francisco Ballet in 2003, and she taught and rehearsed the work with Ballet Arizona’s dancers last October. Despite a gap of five months and several intervening productions, “it’s pretty imprinted in their muscle memory,” she says. “You turn on the music and their muscles will just automatically remember the rhythms.” Erickson matched roles to individuals based on their personal characteristics. “It was clear that Shea [Johnson] and Nayon [Iovino] would be the lion, and…Paola [Hartley] — she’s a fabulous elephant.”

Ratmansky uses his distinctive style of movement to convey the attributes of each creature; hips roll and torsos twist in unusual directions. “He does a lot that uses the torso in a looser, more modern sense,” Erickson explains, “and something that’s really key with him: a lot of the musical accents are down rather than up.”

“So in other words,” she continues, “you’ll see a Balanchine ballet [that] might be very light — it’ll go ‘and up and up and up’…he’ll go ‘down and down and down.’ It’s just a different approach to musicality, to make the movement more grounded.” These characteristics require the dancers to learn a different sort of physical language, says Erickson, and she stands to demonstrate.

“In classical ballet…let’s say this is the standard arm, and a passé is vertically from the floor and this leg is bent and this knee is turned out.” Erickson shifts, and the alignment of her body changes. “And I’ll do this, and there you have something that’s in The Carnival of the Animals, for the lion…the knee is rotated in, the hip is dropped back, the body is over…you have the same position in the arms except now the upper arm would be curved. So you see the difference? That’s just one example.”

Dancers “swimming” as fish must leap with flexed feet instead of pointed toes, joined in an aquarium by a drifting jellyfish in a huge tutu — “all of her movement is very jelly-like,” says Erickson.

Elsewhere, they peck and scuttle as chickens. “It’s very angular,” continues Erickson. “They also have their hips out, which you wouldn’t do in classical ballet; you’d have your hips under you. Their costume even reflects that…it’s very ingenious, actually — it’s like a bustle in the back, so it looks like tail feathers sticking up.” Other scenes include horses, kangaroos, turtles, and other creatures in a comical competition. The lithe, fluid athleticism and elegantly modern costumes of Diversions turn Director’s Choice onto a different path, highlighting the dancers in classically based positions. Andersen created the work in 2010, bringing praise to Ballet Arizona for a Kennedy Center performance.

Diversions was named for its music, written in 13 movements by Benjamin Britten for a one-armed piano virtuoso. “It’s a little bit like a roller-coaster ride, you know…there’s ups and downs. It covers an enormous emotional surface,” says Andersen. “There’s a lot of irony in it, and a lot of…I mean, you name it.” He laughs. “But then I’m a big fan of Britten, period.”

Setting a ballet to such complex music is an intricate process, not easily described. “I work in the moment,” Andersen declares. “I don’t sit at home trying to figure out what they’re going to do. I listen to the music so I know it inside out, and I kind of have an idea about the flavor…but never the steps. That, I always do on the dancers right there. I think the best comes out that way.”

“I usually don’t choreograph more than 2½ hours a day,” he continues. “After that, my brain is mush.” Andersen pauses to consider. “It all depends, you know? Sometimes it’s very simple and you can do maybe a lot, and sometimes it’s something that requires just completely the right movement that you don’t have in your repertory and you have to sort of…create the right movement. And that sometimes can take a long time.”

For example, the finale of Diversions involves 20 dancers, “and they’re more or less onstage, all of them,” says Andersen, “and they’re doing different things at the same time. With that…I’ve done less than a minute [of choreography] in 2½ hours. But even so, I actually work quite fast.” He shrugs. “There’s no formula, you know? You just do one step at a time.” The newest work on the Director’s Choice program was created within the past few weeks by 32-year-old Spanish-born choreographer Alejandro Cerrudo, a rising star in the world of dance especially since he joined Hubbard Street Dance Chicago in 2005. Ballet Arizona performed Cerrudo’s OffScreen in 2011, and commissioned this latest piece. “I think he’s very talented,” says Andersen. “Mostly I like his sense of humor…and his movement is very sensual, I think. And it’s important for the company to have things done on them — even just the process.”

Somewhat reluctantly, Cerrudo reveals his creation’s title: Second to Last. “I think it’s almost like putting a name to your son,” he says. “It can be for many reasons; it can remind you of someone, or you just like the sound…it’s subject to interpretation.”

“It’s a more serious work,” the choreographer continues slowly. “I’ll say it can be poignant…not sad, but I guess love is present. It wasn’t my intention to explore relationships, though.” He elaborates: “It’s about finding movement within two people — all the possibilities I could find…but movement research rather than trying to look for that specific feeling.” Second to Last features scenic design by Wrara Plesoiu and lighting by Michael Korsch, as well as simple black trousers and dresses created by Leonor Texidor to complement the dancers, not distract.

“My intention [for the costumes] is that no one speaks about them after the piece,” says Cerrudo. “I don’t want people to say, ‘they were so beautiful,’ or ‘they were so ugly’ — they’re on a second plane from the choreography. We didn’t make the costumes to create a role.”

He spent a month exploring a vast palette of movement and music with the troupe, choosing six dancers and two pieces of music — Metamorphosis I by Philip Glass, and Spiegel im Spiegel (Mirrors in Mirrors) by Arvo Pärt. “The genre is ‘Cerrudo’ genre,” he replies when pressed. “I’ve choreographed to classical music and to Dean Martin — all kinds, so however it comes out will be my style.” “It’s a very collaborative process,” Cerrudo says. “I like to work with what I have in front of my eyes, in front of my hands.” He laughs wryly and sighs. “That’s why it’s nerve-wracking…I can’t be so prepared because I don’t want to.”

“On a large scale, as a choreographer one of my goals is reinventing myself,” he continues. “I don’t want to have a signature. I want to surprise the audience…and every time they come to a Cerrudo work, they don’t know what they’re going to see and they’re just excited.” 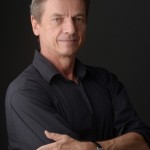 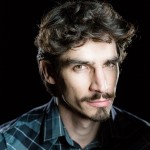 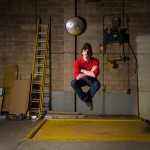 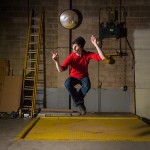 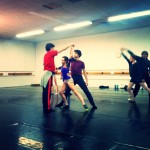 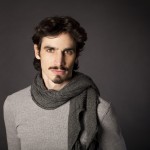 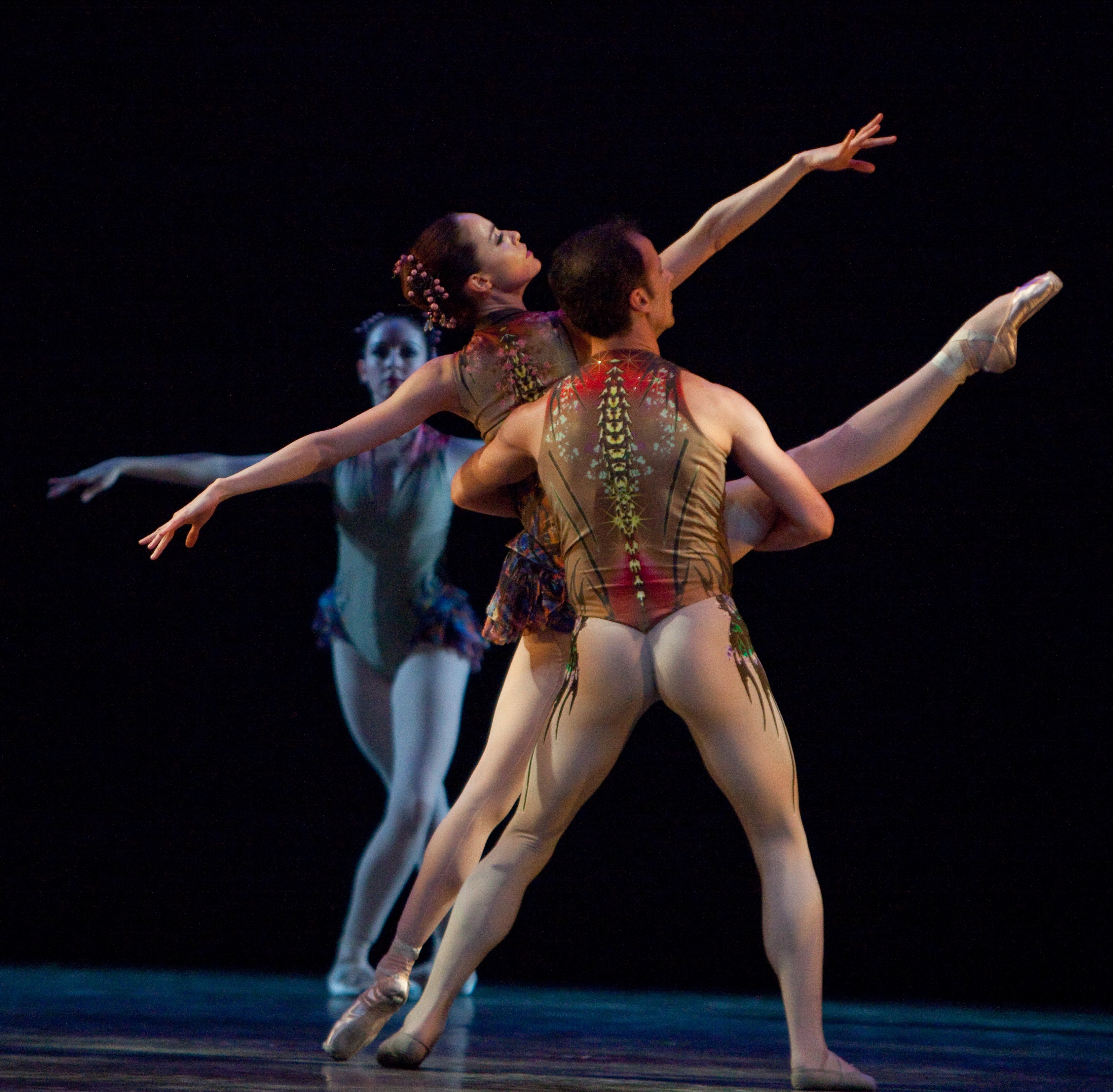 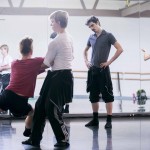 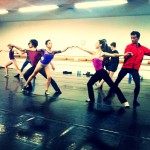 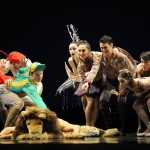 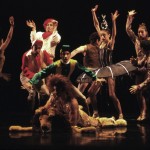 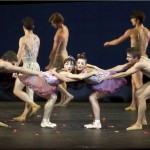 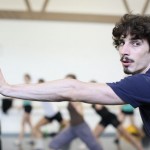 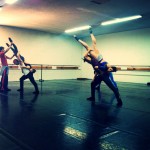 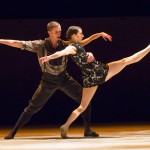 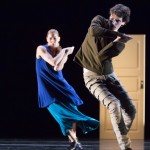