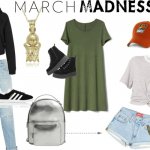 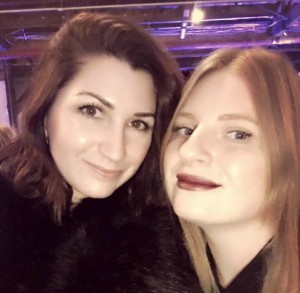 Arizona is hosting the NCAA Final Four Festivities for the first time and we couldn’t be more excited! Whether you’re planning to participate in the many events hosted in our beloved downtown Phoenix or heading to the games in Glendale, don’t forget to showcase your personal style and bring your very own A-game. It’s always best to keep it casual, add a little flair to comfortable shoes and most of all, throw in some basketball gear to support your favorite team in style.

For all the march madness going on you will need to keep it comfortable and versatile – you could be anywhere from a game, a concert, a bar or even a quick game of one-on-one.

For women, a jersey dress transitions perfectly from day to night. Pair with metallic tennis shoes or bring some rock and roll edge with some flat form boots. Denim and baseball hats are a must for men and women. A hat is the easiest way to switch up a look and you can throw it into your bag when the sun goes down.

Men have been rocking the accessories lately and we are loving it. At all the Phoenix sports events we are seeing chains of all sizes, thick bracelets and of course a great watch (with all that’s going on you’ll need to stay on time to catch it all!) Head to Urban Outfitters at CityScape for a one stop shop!

GAME TIME STYLE
The Final Four is taking over the city this weekend, but with the Phoenix Suns and Phoenix Mercury making their homes here, downtown Phoenix is pretty much always crazy for basketball. Our stylish fans proves that wearing your fandom on your sleeve can be more than just sporting your favorite player’s jersey (though that’s always a good call!) Here are some shots of sports-goers from when our Phoenix Suns played the Chicago Bulls. Fans from both sides were heating up the sidelines! 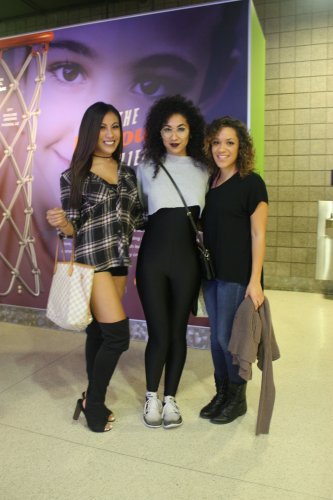 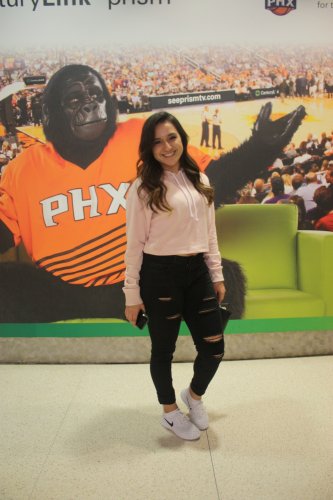 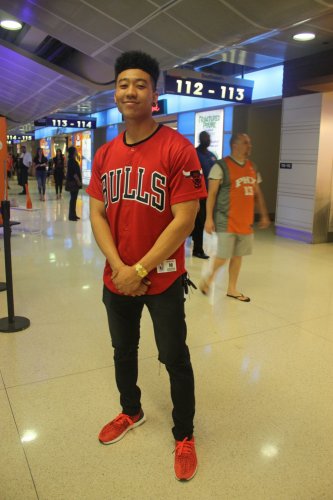 INSTAGRAM INSPIRATION | @michaelwalchalk
If you love sports (in particular basketball), art and an occasional selfie, you need to be following Michael Walchalk, a downtown Phoenician known nationally for his graphic design. We love seeing his stuff in our feed.