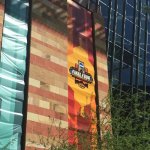 The final stage of March Madness is approaching, which means the NCAA Mens Basketball Final Four and Championship games (and all of their associated fun and fanfare) are about to descend on the Valley. South Carolina, Gonzaga, North Carolina, and Oregon will duke it out for the coveted trophy beginning April 1, but lucky for us, the party starts a day earlier on Friday, March 31 and runs through Monday, April 3. While the games will be held at University of Phoenix Stadium in Glendale, many of the connected events will be held here in downtown Phoenix, like the Final Four Fan Fest at the Phoenix Convention Center and the March Madness Music Festival at Margaret T. Hance Park.

With so much going on, it’s easy to get confused about what, when and where it’s all happening so we’re here to help you make sense of all the “madness” coming to downtown this weekend. Kicking off the festivities is the Final Four Fan Fest experience which includes interactive games, special appearances, autograph signings, giveaways and more. Each day of Fan Fest will have a show by the Powerade Dunk Team and Buffalo Wild Wing’s Blazin’ Challenges every half-hour.

Other highlights for fan fest include the Team Managers games and cheer clinics, which will be held each day of fan fest. Meet Phoenix Suns legend Steve Nash, as well as other recognizable sports figures like Dick Vitale, Mike Bibby, Tyrann Mathieu and Bill Raferty on Sunday, April 2. Get autographs signed on Monday, April 3 by Sean Eliott, Devin Booker and Tyler Ulis.

When:
Friday, March 31 from noon to 8 p.m.
Saturday April 1 from 10 a.m. to 8 p.m.
Sunday, April 2 from 11 a.m. to 8 p.m.
Monday, April 3 from 12 p.m. to 6 p.m.
Where: Phoenix Convention Center, 100 N 3rd St.
Tickets: Purchase tickets here. Adults $10, Seniors, Military and Students with valid ID $5. Kids under 12 are free with an adult. Receive complimentary entry for two and a VIP entrance by showing your Capital One card at the ticket purchase window. Monday, April 3, Students get in free with valid ID. All concerts are free and are at Margaret T. Hance Park, located in downtown Phoenix at 67 W. Culver St.

AT&T Block Party
Michael Ray and Justin Moore will join Keith Urban for the first of three free concerts for the March Madness Music Festival. After starting off the year on an incredible note performing on New Year’s Eve in front of 100,000 people, and releasing his fifth single from RIPCORD, Urban is bringing his record-breaking country music to downtown Phoenix.

Coca-Cola Music
Capital Cities, Leon Bridges, Grouplove and The Chainsmokers will light up the night in downtown Phoenix for the second night of free music as part of the March Madness Music Festival. The Chainsmokers’ songs include last summer’s No. 1 hit “Closer” featuring Halsey and “Don’t Let Me Down.” Whether you’re a college basketball fan or not, get out to party the night away at Margaret T. Hance Park on Saturday. Capital One JamFest
Nathaniel Rateliff & The Night Sweats, blink-182 and Macklemore & Ryan Lewis will be opening up the third night of music downtown at the Capital One JamFest before the legendary Aerosmith takes the stage.

Light rail will also be a great way to get into, out of and around downtown. Valley Metro Rail service will operate until 2 a.m. on March 31 and April 1, and until midnight on April 2 and 3. An all-day pass for Valley Metro Rail is $4. Additional fare inspection teams will be deployed due to increased ridership. Also be aware that April 2 is Opening Day for the Arizona Diamondbacks so make sure you give yourself plenty of travel time! Know Before You Go:

The NCAA has a strict Clear Bag policy that will be enforced at every event throughout all Final Four festivities. Backpacks, purses, seat cushions and more are prohibited. For more information about the Clear Bag policy, visit phoenixfinalfour.com/4tips. Cox Communications will open more than 1,300 Wi-Fi hot spots across the Valley to the public for free March 31 – April 3. Wi-fi hot spots can be found by entering a user’s location at www.cox.com/hotspots. Users can download the Cox Connect app for iPhone and Android and immediately access directions to or from their specific Wi-fi address. During the weekend’s events, visitors should look for the “Free Cox Wi-Fi” SSID on their device’s network connections.

With those extra Wi-Fi spots, you’ll be able to access the NCAA’s Final Four Phoenix app available for Apple and Android products. The app includes daily event schedules providing directions, maps and more, and also allows fans to “Save” events and create their very own custom schedule. The app also features venue specific information, details on fan gatherings and local restaurants throughout downtown Phoenix. Users can also collect all their passes to every event within the app.