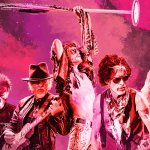 The NCAA and Turner Live Events, alongside official NCAA Corporate Champions Coca-Cola and Capital One today announced a selection of A-list acts performing at the 2017 NCAA March Madness Music Festival in conjunction with the 2017 NCAA Men’s Final Four.  The three-day, free music festival, annually produced by Turner Live Events, will make its way to Margaret T. Hance Park in Phoenix this year as part of the Final Four celebration.

Performers at the AT&T Block Party on Friday, March 31 are slated to be announced. On Saturday, April 1, Grammy Award-winning duo The Chainsmokers, comprised of Drew Taggart and Alex Pall, will amp up the crowd as the Coca-Cola Music headliner. Grammy Award-winning hip hop duo Macklemore & Ryan Lewis will take the stage at the Capital One JamFest on Sunday, April 2 in Phoenix. Aerosmith will headline the Capital One JamFest on Sunday closing out the all-star weekend. Grammy Award-winning rock icons Aerosmith are one of the most quintessential rock and roll bands, and one of the most influential and loved groups in the world, due to their mass appeal, unforgettable songs and groundbreaking live shows. Fans around the world will be able to tune in for many of the stellar performances via live stream on ncaa.com, bleacherreport.com, and the official NCAA YouTube channel.  Additionally, the official festival site will be updated in advance of the big weekend with details at ncaa.com/musicfest.  People can also stay updated by following @FinalFour on Twitter or downloading the Final Four app atncaa.com/mffapp.

This is a non-ticketed event open to the public on a first-come basis featuring the following events:

Turner Sports and CBS Sports will provide live coverage of all 67 games from the 2017 NCAA Division I Men’s Basketball Championship across four networks – TBS, CBS, TNT and truTV for the seventh consecutive year. “Coca-Cola Music will be an incredible, energizing experience that brings together fans’ passion for music and basketball,” said Peggy Loos, vice president, Connections Activation, Coca-Cola North America. “We’ll refresh fans with delicious, ice-cold Coca-Cola beverages as they cheer on their favorite teams and enjoy memorable performances from chart-topping artists, including The Chainsmokers, one of the most exciting acts in pop music.”

“This year’s Capital One JamFest will cap off a thrilling three days of music for fans. We’re pumped to be part of the excitement during the NCAA Men’s Final Four weekend,” said Marc Mentry, Chief Brand Officer for Capital One. “We are proud to once again be able to offer exclusive cardholder benefits at the NCAA Final Four Fan Fest presented by Capital One including two free tickets and an exclusive VIP entry line. Also, we will have a preferred entry line at Capital One JamFest concert on Sunday with headliner and legend, Aerosmith. It’s going to be an event to remember.”