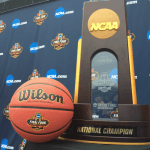 The Phoenix Local Organizing Committee today announced that the NCAA and Turner Live Events, alongside official NCAA Corporate Champions and Partners, will host popular ancillary events at the 2017 Final Four in Downtown Phoenix and Glendale. The events range from a three-day music festival to a fan festival and open team practices. Most events are free and all are open to the public.

“These diverse, exciting events will allow everyone to join in the celebration of the Valley’s first Final Four,” said Dawn Rogers, Executive Director and CEO of the Phoenix Local Organizing Committee, which is collaborating with the NCAA to host the 2017 Final Four. “You don’t have to have a ticket to the games to experience this iconic event, and you don’t have to be a basketball fan to join in the fun.”

Here is the lineup of ancillary events for the 2017 Final Four: Final Four Fan Fest presented by Capital One is a fun-filled event that is jam-packed with youth basketball clinics, giveaways, concerts, special appearances and sports-related autograph signings – and various sports are represented in interactive games from all NCAA championships. Fans can even have their photos snapped with the NCAA Division I men’s basketball championship trophy and pick up official Final Four merchandise and samples from NCAA sponsors.

“The fan events at the Final Four continue to grow as fun and exciting activities all weekend for everyone, regardless of whether they have a ticket to the basketball games,” said Dan Gavitt, vice president for NCAA men’s basketball championships.  “NCAA Corporate Champions and Partners do an amazing job lending their support to all of the fan activities, many of which are free or family-cost friendly.  We work each year with Turner Events to bring Final Four experiences that will make lifetime memories for kids and adults alike, and we hope residents of Phoenix and the Valley of the Sun will join the fun.

The concert series opens on Friday afternoon with the AT&T Block Party and will rock late into the evening. The festival will roll on for most of the day Saturday with Coca-Cola Music, with music filling the gap between the national semifinal games at University of Phoenix Stadium in Glendale. The March Madness Music Festival will wrap up on Sunday with the Capital One JamFest, another full day of concerts.

“The NCAA March Madness Music Festival will be an unforgettable party under the sun and the stars,” Rogers said. Final Four Friday®
Final Four Friday will be held on Friday, March 31 at University of Phoenix Stadium in Glendale. Beginning at 11 a.m., each of the Final Four teams will have one-hour open practices at the stadium, with free admission to the public. Fans will also enjoy special basketball-themed programming.

Final Four Dribble
Downtown Phoenix will be the site of the Final Four Dribble, a unique event that takes place on Sunday, April 2. Thousands of children who registered online will be given their own basketballs to dribble along a route ending at the entrance of Final Four Fan Fest presented by Capital One. This free event includes a complimentary ticket to Fan Fest.

A clear bag policy will be in effect for entry into University of Phoenix Stadium, NCAA March Madness Music Festival, and Final Four Fan Fest presented by Capital One®. Go to l

Check back at NCAA.com/FinalFour for event updates.