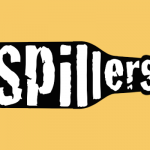 On Monday, August 24th at the Crescent Ballroom, local writers take to the stage to “spill” their best original stories for fans of short fiction. Writers were selected based on both the quality of their writing—with an emphasis on edgy, provocative, and funny stories—as well as their ability to engage a crowd.

The brainchild of two Phoenix-based writers, Brian Dunn and Robert Hoekman Jr (both of whom will debut stories at the event), Spillers gives audience members a chance to hear the best local fiction while letting writers connect with readers on a more personal level.

“Getting spontaneous, in-the-moment feedback is a thrill and invaluable for dialing in a piece,” said Dunn, whose humor writing appears on McSweeney’s Internet Tendency and elsewhere. Hoekman, a freelance writer and columnist for the motorcycle culture and lifestyle magazine Iron & Air added, “Usually, writers and readers aren’t in the same room together, so it’s nice to switch things up and make fiction an interactive experience.”

Admission to Spillers is free. Attendees must be 21 years or older. The “spilling” starts at 8pm and is expected to run until 9:15pm.

Interested in becoming a future spiller? Apply at www.spillers.net.