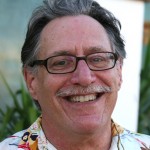 The local resident and film programmer was preparing to show an independent documentary at the Phoenix Art Museum and was marking up the resumé of Los Angeles filmmaker, Andrea Kreuzhage.

He wanted to mention some of her most significant projects to the audience during his introduction to her piece, “1000 Journals,” but he realized he was highlighting almost all of them. Unable to choose from the impressive list of experience, he asked Kreuzhage what he should talk about.

“I don’t want you to mention any of that,” she replied. “If you want to say anything, say that I sold my house to make this film.”

“That’s why I like independent films,” Weiss explains as he tells the story that has stuck with him for the last three years.

The idea developed out of his and the film community’s discontent with the traditional process of film festivals, which Weiss says rarely includes explaining to filmmakers why their pieces aren’t selected and often includes charging such filmmakers the same entry fee as those who receive slots in the festivals.

Weiss came across filmmakers in search of other avenues for presenting their short films and, in 2002, he began forming “the anti-festival.”

In June of that year, Weiss and former Modified Arts booker Leslie Barton threw up a sheet at the gallery and performance venue and waited to see if anyone would show up to watch the approximately 60 minutes of content Weiss had gathered. After seeing a decent turnout, Weiss and Barton deemed the inaugural show a success and decided to continue it. They played more than 600 short films in 50 screenings over a period of five and a half years.

While still screening regularly at Modified Arts, Weiss began showing movies at other venues. His first show outside of NFR’s Roosevelt Row home occurred at the Phoenix Art Museum in February 2004 and consisted of a compilation of what he considered to be the best short films from the screenings at Modified Arts.

In 2010, Weiss heard about FilmBar, a independent movie theater-slash-bar, slated to open in Downtown Phoenix. He approached owner Kelly Aubey about getting involved, and after assisting with six months of pre-planning, Weiss spent six more programming for the space until his departure in August 2011.

While screening at one location, Weiss had to attract people who were willing to see a flick that they knew nothing about and maybe wouldn’t even relate to. But showing movies at various locations allows him to present a broader range of work and attract viewers who actually have an interest in the specific content of the films.

He says his Building Communities Cinema series, which includes films about improving the livability of cities, attracts many Downtowners and arts advocates.

Weiss’s predictions for the future of NFR include continuing to work with many different venues and individuals, becoming more involved in the film distribution process to help filmmakers promote and sell their films, and maybe even bringing shows to small towns interested in creating art house, documentary and independent film environments.

“There are a few films that I’ve screened and re-screened because I just think if the whole world hasn’t seen these films, I’m just going to show them again and again until just one person is left in the theater,” he says.

For Weiss, one of the biggest benefits of working with independent films is developing close connections with filmmakers like Kreuzhage, whose “1000 Journals” documentary he has screened twice.

“For the viewer, I think it’s knowing that people really put their hearts into these things,” he says.

Film: “Trimpin: The Sound of Invention”
Filmmaker: Peter Esmonde
Date: Thursday, June 14, 2012
Time: 7:30 p.m. (Doors open at 7 p.m.)
Where: SMoCA Lounge, Scottsdale Museum of Contemporary Art
Admission: $7
Synopsis: “A documentary feature profiling the life and work of a highly creative and somewhat eccentric artist/inventor/engineer/composer. The artist Trimpin generally shuns publicity, yet he has received a MacArthur ‘Genius’ Award, a Guggenheim Fellowship, and many other international accolades for his outrageous musical investigations.” Learn more

Film: “Two Americans”
Filmmakers: Dan De Vivo and Valeria Fernández
Date: Monday, June 18, 2012
Time: 7 p.m. (Doors open at 6:30 p.m.)
Where: 3rd Street Theater, Phoenix Center for the Arts
Admission: $6
Synopsis: “The life of a 9-year old child is forever changed when ‘America’s Toughest Sheriff’ arrests her Mexican parents for working at a local carwash. Fighting to rescue her parents from deportation, Katherine Figueroa becomes the poster child of a movement to oust Maricopa County Sheriff Joe Arpaio from office. Exposed by the media, Kathy’s family is challenged to overcome their fear of living in Arizona. But when Sheriff Joe uses his power to retaliate against the County Board, it’s the legality of his actions that is questioned. Now the Sheriff’s fate hangs in the balance of an FBI criminal probe.” Learn more