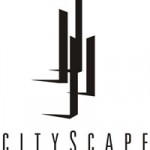 (From the Wire is a new feature for DPJ. This section will include press releases received from reliable sources that help tell the story of the many happenings in Greater Downtown Phoenix. Yep, they are ripped from our inbox.)

Chloe’s Corner will take over the current Oakville Grocery space, which will remain open and operating business as usual until the transition is complete.

“The Arrogant Butcher has been incredibly successful at CityScape, so we are pleased that Sam, along with Ashly Young, are partnering on this new venture,” said Jeff Moloznik, general manager of CityScape. “Clearly there is a need for a market downtown and we think it’s an important part of our project. We anticipate having more details to share about the new market in the coming weeks.”

For more information about CityScape and a retailer directory, visit www.cityscapephoenix.com. CityScape encompasses two city blocks and is located between First Avenue and First Street and between Washington and Jefferson streets. Ample and convenient underground parking is available and validated by many retailers.

About CityScape
CityScape is a $500 million, mixed-use urban development located in the heart of Downtown Phoenix. CityScape is a place where people come together – the city’s heart of business, nightlife, shopping, entertainment, celebrations, specialty dining and the perfect spot for a spontaneous night out on the town. Bordered on three sides by the city’s new light rail transit system, the development’s neighbors include the US Airways Center, Chase Field, the Phoenix Convention Center, Arizona State University’s 8,000-student downtown Phoenix campus, City Hall and the Maricopa County administrative and court complex. www.cityscapephoenix.com.

About RED Development
A wholly integrated commercial real estate company, RED maximizes asset value and performance for its high-quality retail and mixed-use portfolio that comprises 31 properties totaling more than 17 million square feet in 12 states. RED is a preferred partner for national retailers and investors, as well as for third-party property owners who turn to RED for its expertise in remerchandising and repositioning properties to improve profitability and appeal.  A privately held company with national reach from its two headquarters in Phoenix and Kansas City, RED builds on its development capabilities as an active acquirer of existing properties. www.reddevelopment.com.