The Arrogant Butcher is a great name for a restaurant.

Cheeky, aggressive and masculine, the tag engenders a visual storyboard of hefty, grim cuts of meat, volumes in variety and clear in its purpose — the perfect name to encapsulate an intended concept.

Whether or not The Arrogant Butcher’s moniker accurately describes what is literally served off its menu is another story. The latest dining concept in the mighty Fox Restaurant Concepts’ arsenal (an organization known for its stylish premeditation), The Arrogant Butcher views like a colorful, vampy French bistro from the sidewalk, and a sharp, high-brow sports bar upon entry.

And its menu? Diversity in options, yes, casting a surgically wide net for curious diners of all stripes; however, an over-arching focus on meat, in all of its haughty forms? Partially absent, at least not in relationship to what its name suggests. In fact, one could argue that The Arrogant Butcher is still in search of an identity. 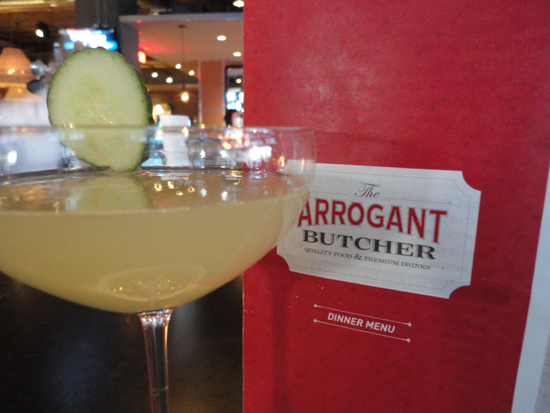 What can be said, however, is that the wildly popular new Downtown restaurant doesn’t seem to be hindered by any such superficial perceptions. Frankly, it’s packing crowds, and Downtown should all the more relieved (and thankful) for it.

Without question, one side benefit of The Arrogant Butcher’s obsessive study comes in the form of its dedicated cocktail program. Backpacking a universal renaissance in classic, craft cocktail culture currently surfacing in bars nationwide, all cocktails are measured; herbs, fresh juices and natural sweeteners are preferred over their synthetic counterparts; and, with its studious volume of booze, the bar at The Arrogant Butcher can be a wonderful and picturesque layover for gaping Downtown afternoons.

Skill behind the bar comes to a head with a take on the strident, mossy beauty: the Last Word. A prohibition-era benchmark that has only recently gained revised momentum on cocktail menus far and wide, the Last Word is the type of perky, seductive swill that makes you understand the often under-appreciated science of a expertly constructed adult beverage.

Served ice cold; equal parts gin (in this case, Hendrick’s); green chartreuse, with its unmistakable floral spice; the slightly dry, bitter warmth of maraschino liqueur; and, the electric veneer of fresh lime, the Last Word’s worn jade hue and perfumed aromas are only polite introductions to its eventual, full enjoyment.

At once tart, then bitter, with the perfect undertone of sweetness attached the entire journey, it’s a rounded experience that operates successful individually as an aperitif, a mid-course fortifier and post-dessert palate cleanse.

Or, forget the formalities all together — it’s a fine beverage at any turn.

Other satisfying cocktail options arrive in the form of the Negroni Sour, where the eternally classic quaff is made an added mouthful with egg whites and lemon sour; and, the astutely refreshing After School Special, an effervescent concoction of raspberry-tainted tequila and Mexican beer (Modelo Especial) balanced with fresh lime, salt and a ginger agave syrup. It’s like a working man’s margarita gone high-street, perfect on a sweltering Downtown day.

For light bar sampling, food recommendations begin and end with the customized charcuterie plates, built as large and diverse as you and your party would prefer, with a satisfying range of cured meats, pates, artisan cheeses, vegetables and condiments available to help complete the experience’s canvas.

At the end of a long day, The Arrogant Butcher’s namesake may or may not always represent what it ultimately does (or should do) best, but it’s nice to know honest, refreshing surprises can still be discovered. 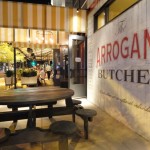 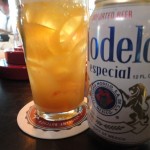 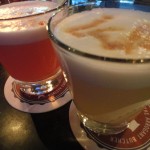 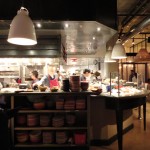