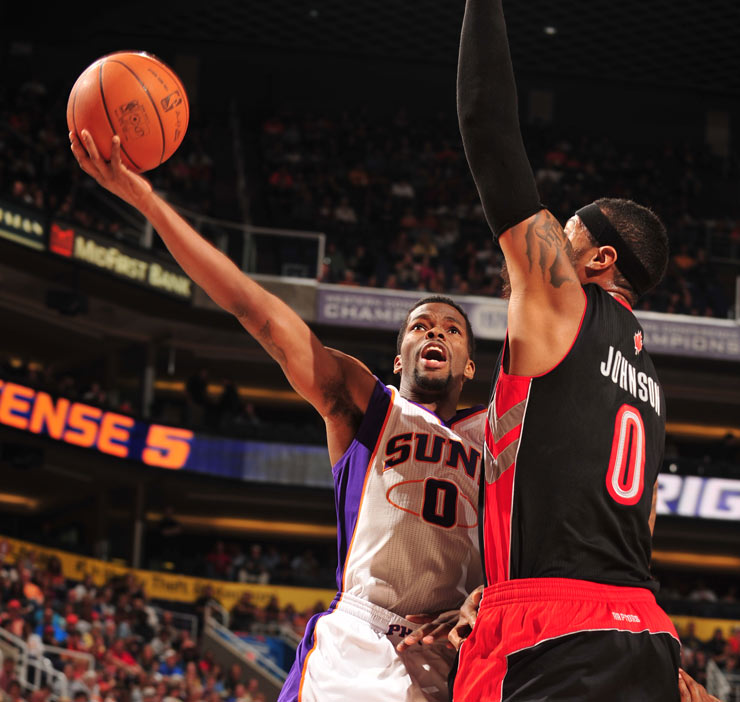 Can Aaron Brooks propel the Suns to a win against the Hornets? Photo by Barry Gossage, NBAE/Getty Images.

Before I get to the topic of this week’s Suns Spot, I have to tip my hat to the Phoenix Suns. Even though they lost a heartbreaking triple-overtime game in Los Angeles on Tuesday, the fact that they even made it a game is a true sign that this team is a lot more resilient than people might realize.

To come from 21 down in the third quarter against the two-time defending champs and force three overtimes when the team’s playoff chances are already very slim is quite impressive and deserves a round of applause. Games like that are why I love this team.

Now, onto tonight’s game against the New Orleans Hornets, one of the teams Phoenix is chasing for a playoff spot. This is the biggest game of the year, although every game from here on out will be the biggest game of the year, given the Suns’ current position in the standings. This game is extra huge because the Suns have their best chance to get into the playoffs by catching the Hornets.

Currently, New Orleans is the seventh seed in the Western Conference. While Memphis has a slightly worse record and is in the eighth spot, the Suns don’t play them again this year and have already lost the season series, giving the Grizzlies the tiebreaker if the teams finish with identical records. The Hornets, on the other hand, still have two games remaining against the Suns, including tonight, which gives the Suns a chance to control their destiny.

The Suns need to come out fired up tonight and take care of business. When these teams last met in New Orleans, the Suns didn’t show up until the fourth quarter, and by then it was too late. If the Suns play like they played in the second half Wednesday, they should have no problem getting a win tonight. In my eyes, the Suns are a better team than New Orleans, but they just haven’t been able to sustain any consistency this season.

The Hornets are coming off of an overtime win last night in Utah and may be without starting forward David West, who went down with an apparent knee injury in the game. This just makes the game all that more important and all that more winnable for Phoenix.

If the starters come out and play even with the starting five New Orleans puts on the court, the Suns will be fine. Jared Dudley and the rest of the Suns’ bench have been playing strong. Aaron Brooks is coming off a game-changing and game-saving performance against the Raptors.

Despite the Suns’ recent four-game losing skid, they’ve been given another opportunity to sneak back into the playoffs. They can’t afford to let it slip away.

For last-minute tickets to tonight’s game, try the Suns TicketExchange.