About a week-and-a-half ago, the Phoenix Suns appeared to be dead. They were coming off a blowout loss to the Denver Nuggets in which the team played with little or no effort and they were sitting six games below .500 with a 15-21 record. Today, the Suns find themselves in the middle of a five-game East Coast road trip and things are starting to look up.

The Suns, now winners of four straight, have moved up to the ninth seed in the West and are currently making a hard-fought push to get into the playoff picture. Their record has jumped to 19-21 and can continuing improving with a win tonight against a bad Wizards team. 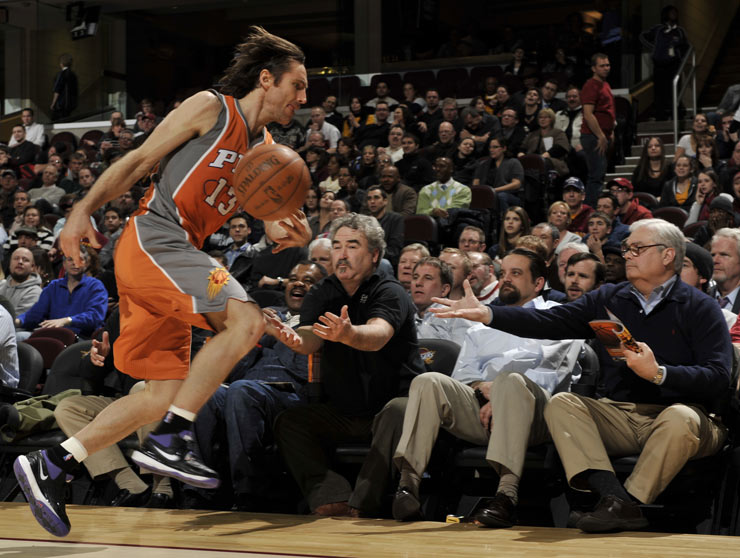 Looking ahead at the upcoming schedule, the Suns have the chance to run the table on this trip and earn to a winning record for the first time in a very long time. In fact, the rest of the month is pretty favorable for Phoenix. If the Suns can continue to beat the teams they should beat, the momentum they build could carry over and turn into wins against some tougher opponents.

Despite the horrible stretch of basketball this team recently had, the Suns may actually be in a pretty good spot. The three teams above Phoenix in the playoff race are such big question marks that the Suns could surpass them all before the 82-game regular season is through. This will require obvious improvements from Planet Orange, but it’s entirely possible.

Portland, as resilient as they are, could easily start to slide as their knee injuries continue to pile up. Denver remains sidetracked by Carmelo Anthony trade talk, and if they trade him, which I think they will, they’ll have a tough time recovering and finishing the season strong. Then there’s New Orleans, who I haven’t favored all year.

Sure, the Suns have still had their issues, like letting Cleveland back into the game Wednesday night, but overall this team is starting to come around. The guys are finally starting to mesh. Coach Gentry seems to have a solid rotation. Each guy knows his role.

Marcin Gortat is coming around. Vince Carter is giving max effort, picking up rebounds and dishing out assists even when he isn’t scoring. Goran Dragic is becoming more aggressive. Channing Frye has found his stroke and picked up his D. Jared Dudley continues to get better and better. And Steve Nash and Grant Hill still amaze us every night.

Planet Orange is starting to show signs of life. Basketball is fun again.