No Shortage of Food and Drink Coming to Downtown

Despite unfavorable economic conditions, Downtown Phoenix continues to be the spot for new restaurants. The rest of 2010 will feature many notable openings, as listed below.

Bliss — The former Fate and Nine|05 location is getting a new spin as Bliss (with its companion bar concept reBar). Set to open at the end of August, cuisine will be comfortable and casual, with both food- and drink-focused menus. Welcome to your new Roosevelt Row hangout.

Blu Burger Grill — Opening this winter (possibly after the first of the year), Blu Burger Grill is bringing its upscale sandwich concept (already successful in Scottsdale, Chandler and Peoria) to CityScape on the northeast corner of Central Avenue and Jefferson Street.

The Breakfast Club — An Old Town Scottsdale tradition, this breakfast spot will open its second location late this fall near the 1st and Jefferson streets corner of CityScape. 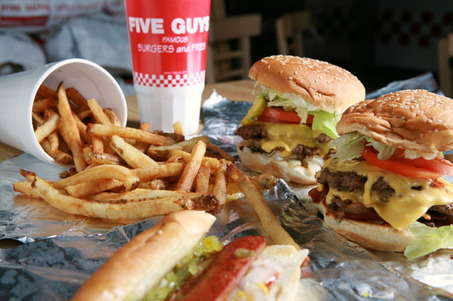 FilmBar — Indie flick hounds, the wait is over. At long last, Phoenix will open its first independent cinema meets beer and wine bar concept this November. Garfield and 2nd streets is where the screenings (and sipping) will take place.

Huey’s 24/7 Diner — You read it right: Finally, 24/7 dining in the heart of Downtown. Huey’s has cropped up locations on the East Coast, and diner fans are rejoicing — this is true, cheap comfort food, whenever you want it. Opening this fall.

La Crepe Nanou — The Big Easy comes to CityScape, in another Jason Doyle concept. Crepes, seafood and other café items highlight the menu, set to launch in October or November.

LGO Public House — Seemingly every Phoenician is familiar with LGO’s many concepts, from La Grande Orange to Chelsea’s Kitchen. This highly anticipated “gastropub” will open its doors in October at CityScape on the corner of 1st and Washington streets.

Nobuo at Teeter House — After months of anticipation, chef Nobuo Fukuda’s izakaya concept in the historic Teeter House in Heritage Square opened this week. Expect an expanded menu and longer hours in August.

Pita Jungle — A Valley Mediterranean mainstay that started on the edge of ASU’s main campus 16 years ago, Pita Jungle will open its tenth Valley location in the historic Gold Spot building on 3rd Avenue and Roosevelt Street at the end of September.

Sam Fox Chop House — We knew Valleywide restaurateur Sam Fox couldn’t stay away from the promise of CityScape. This Chop House, a different concept from his widely popular Modern Steak in Scottsdale, is “Beverly Hills style,” so bring your Benjamins. The Chop House will occupy the 1st and Jefferson streets corner of CityScape this fall.

Silk Sushi — If you’ve been to Humble Pie, Blue Wasabi or Cajun House, you know Jimmy Carlin can do food in the Valley. Here is his second take on sushi and other classic Japanese dishes. Opens this fall in CityScape.

The Tilted Kilt — Yet another pub concept coming to CityScape, this Irish-themed sports bar will open its fifth Valley spot in November.

Vitamin T — Every time we turn around, it seems Aaron May is opening a new Valley restaurant. DPJ spoke with him back in March, where he spilled the beans on this Mexico City-style tacos ‘n tequila hole in the wall, opening in September near 1st and Washington streets in CityScape.

*Please note: Schedules are approximate and subject to change.