The Copper Door. Prive. The Steakhouse on Central. Nick’s. It’s all in the past. Hotel San Carlos will try its revolving restaurant luck again on September 1, when Via Roma Ristorante opens its doors. Gaeta, Italy-turned-California-turned-Mesa transplants Antonio and Anna Magliozzi have been swarming the former Copper Door space for weeks, adding subtle old school Italian charm to the restaurant, while maintaining the hotel’s rich historic tradition. Though they had a successful gig at Café Roma in Mesa for several years, the Magliozzis couldn’t turn down the opportunity to set up shop Downtown, where they can offer breakfast, buffet-style lunches and cater to the happy hour and formal dining crowd.

“I’ve been working in a kitchen since I was 6 years old,” Antonio says. “My father opened his first restaurant in 1929.” Thus began a whirlwind of foodservice work for Antonio, who helped his father reopen a restaurant in 1945 after World War II and has never looked back.

“I’m mostly in the kitchen,” Antonio says, hinting at his true passion. Back in Gaeta, he lived upstairs and ran the restaurant at the ground level. He did stints cooking for cruise lines, and met Anna and ran a restaurant for 11 years before meeting a sponsor to help them move to California to create Italian cuisine.

Since 2005, the Magliozzis have been running Café Roma in east Mesa with varied success. “In Mesa, there isn’t much opportunity at lunchtime. Downtown there’s a lot more going on. The menu here will have about 100 items, and we’re going to open a coffee shop right next to this space with a breakfast buffet.”

Combine all this with foodservice at San Carlos’ pool parties and a piano bar space alongside the restaurant, and the Magliozzis think they have a winner.

Antonio is crossing his fingers for a September 1 opening for both spaces, which will operate seven days a week. Hours at the coffee shop will run 6-10 a.m. Lunch hour runs from 10:30-2, and Via Roma’s full dinner menu will be available from 4 to 10:30, with bar service until around 12 a.m. 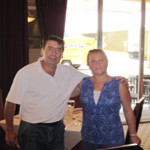 Antonio and Anna Magliozzi at Via Roma Ristorante 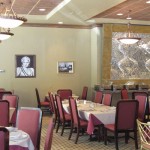 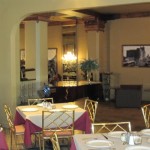 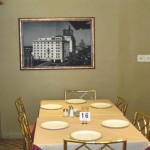 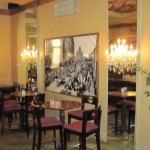 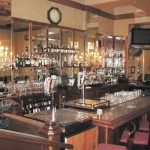 The bar will serve until 12 a.m. or later 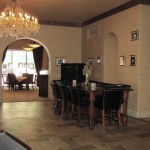 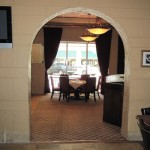 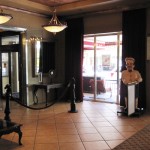 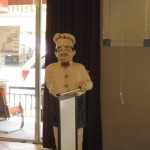