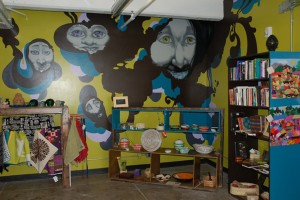 We all know First Friday’s grasp on Downtown is ever expanding, so it’s no surprise that Civic Space Park is getting in on the fun. Friday debuts First @ Park, where Civic Space’s businesses, arts spaces and, well, park space all come together in celebration of First Friday.

The event will feature performances at the park amphitheater starting at 7 p.m. Capoeira Brasil Arizona will be on hand to perform its 500-year-old disciplined martial arts improvisational dance (a true feat of athleticism!). A storyteller volunteer from a Las Otras Hermanas will also be on hand.

As October is National Fair Trade Month, it’s only fitting to celebrate with the grand opening of the Fair Trade Store, right next to Fair Trade Café on the park’s courtyard level. The volunteer-run store is a nonprofit retail space run by Karuna Village Fair Trade and Las Otras Hermanas that houses organic wearables, housewares, trinkets and body products, all of course sourced through fair trade practices — over 30 collectives from around the globe.

And, no First Friday event would be complete without artwork, so stroll through the park to gander at photography, paintings and found art. Photographer Jeff Jones and artist Debbie Sexton will both have their work on display. 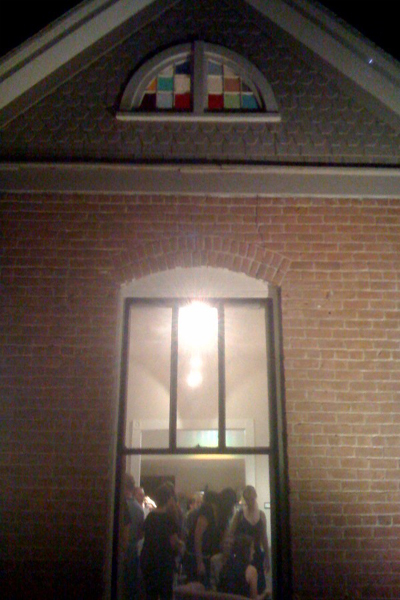 The Coe House emerges from its summer First Friday hibernation

Besides the typical hullabaloo that ensues on Roosevelt Row and Grand Avenue, here are a few other low-key First Friday events.

The “Taste of the Rosson House” tour and lecture series will guide participants through one of Downtown Phoenix’s most cherished, historical museums, 6-9 p.m. at the Rosson House Museum, 113 N. 6th St.

The “Ghosts of Phoenix” tour will trek through the Hotel San Carlos, one of the Valley’s famed haunted structures. Tickets are $10-12, visit ghostsofphoenix.com for more info. Tours are at 7 and 8:30 p.m. at the hotel, 202 N. Central Ave.

The Alwun House kicks off a month-long celebration of all things ghouls and ghosts with a screening of Blood Bath of the Bat Beast, directed by Valley filmmaker Larry Lopresti. Tickets, available at the Alwun House website, are $6 in advance, $9 at the door. The film starts at 7 p.m., 1202 E. Roosevelt St.

For a more festive approach, at the Executive Tower at the State Capitol, think holidays. Yes, they’re right around the corner, and it’s time to vote on how to best represent them. An exhibition to select a work of art distinguished for its quality artistic approach to the U.S. Capitol Christmas Tree theme, “Arizona’s Gift from the Grand Canyon State” is underway. Hosted by Apache-Sitgreaves National Forests, Arizona Commission on the Arts and Arizona Art Alliance, the night is a total First Friday event, complete with an Artlink shuttle to the State Capitol, refreshments compliments of FEZ and an intriguing cello-and-DJ musical performance. The exhibition runs from 5:30-8 p.m., 1700 W. Washington St.

First Fridays are back at the Coe House! View the latest contemporary works from Robert Denning, Rocco Menaguale and Galen Hasenpflug. Plus, specific pieces will be at “recession pricing,” ooh la la! The reception is from 7-10 p.m, 365 N. 4th Ave.