Spend the Night with ‘Blues In The Night’ 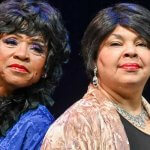 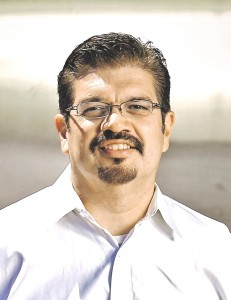 Sheldon Epps’ Tony-nominated musical, Blues In The Night, premiered at the Rialto Theatre on Broadway in 1982.

Five years after its hit debut, Blues In The Night traveled overseas to wow audiences at London’s West End.

Now, nearly 40 years since its original productions, Blues In The Night seems as timeless as the 26 scorching songs it uses to tell what were once described as the “sweet, sexy and sorrowful” stories of three women and their tumultuous relationships with a low-down, lyin’ and cheatin’, dirty-dog of a man. And you guessed it, that man done them wrong. But don’t worry, the ladies of Blues In The Night bounce back stronger than ever and inspired to sing all about their troubles on the road from pain and misery to sweet justice.

Hemphill said the musical revue, which features a live, five-piece band, is a guaranteed crowd-pleaser.

“There’s an audience for the blues in Phoenix,” he said, “and we hope to tap into that.”

The musical’s narrative revolves around four main characters, three woman and a man: The Lady from the Road (Rico Burton), The Woman of the World (Nancy Taylor), The Girl With a Date (Shermaine King), and The Man in the Saloon (Pierre Brookins). To keep things moving, Hemphill’s also sprinkled a couple of dancers in the mix (Alexander Patrick and “Alicia”). Patrick’s the choreographer. The show’s dialogue is sparse. Why waste words with so many great songs to choose from, including blues classics by the likes of Bessie Smith, Alberta Hunter, Harold Arlen, Jimmy Cox, Duke Ellington, Johnny Mercer and more.

Set in an appropriately seedy hotel, “that used to be a lot nicer,” said Hemphill, the set and the cast’s period costumes harken back to late-1930s Chicago.

In case you’re wondering, the musical’s title comes from the song Blues In The Night, with music by Harold Arlen and lyrics by Johnny Mercer, released in 1941, the same year the Rialto Theatre opened on Broadway.

The power of the music, says Sheldon Epps, who conceived and directed the show’s original productions, is that the stories told by the three women are still relevant.

“It’s become more relevant and more resonant because we’re living in a time when people are raising their voices, not being afraid to tell their stories, to speak the truth,” Epps said in a 2017 interview.

It’s a truth found in the lyrics of songs like When A Woman Loves A Man (lyrics by Johnny Mercer, music by Bernie Hanighen and Gordon Jenkins), and in the highlight of the show, Wasted Life Blues, lyrics and music by the inimitable Bessie Smith.

The show’s finale features all four characters singing I Gotta Right to Sing the Blues, music by Harold Arlen and lyrics by Ted Koehler

In this story: Black Theatre Troupe, Blues in the Night