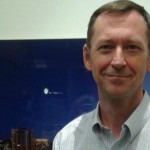 On Saturday, October 3, the Phoenix Arts Commission will celebrate their 30-year anniversary with a day-long event at the Phoenix Convention Center and the Herberger Theater.

In April of 1985, the Phoenix City Council approved an ordinance that created the Phoenix Arts Commission. A year later, the Phoenix Office of Arts and Culture began giving the first round of grants to support arts organizations. Along with the public art program, two other key areas have also had a lasting impact on the arts in our city: grant support to arts and culture organizations and through the passage of three bond issues (in 1986, 2001, and 2006), a significant investment in the bricks and mortar buildings and spaces that hold the exhibitions and performances.

Dwight Walth is a long-time Phoenix Office of Arts and Culture staff member who has managed these areas of support over the last twenty years. Here he talks about what the grants program has accomplished and how the three cultural bond programs have impacted the look, feel and stability of our arts community. In 1985 when Mayor Terry Goddard and others were advocating for the creation of the Commission, their focus was on securing a funding stream that would make public art integral to building the infrastructure of the city. Not much thought was given to establishing a grants budget or a designated revenue stream for that kind of organizational support. As a result, the grants budget was created almost by default. At that time the Phoenix Symphony was facing financial challenges and turned to the city for help. The City invested about $600,000 in the Symphony and that investment established a de facto baseline for arts and culture operational support going forward.

“When I look through the history (of the grants program) it’s been at about $600,000 every year since 1986,” says Walth. “There’s been no real adjustment for the size of the community as it has grown, there’s never been an adjustment for inflation, never an adjustment for a recessionary period.” He continued, “Comparable cities, such as Denver, San Diego and Houston, have built-in funding mechanisms for their grants programs, whereas ours comes out of the general fund.” Looking back at the total investment made over the last thirty years Walth notes that the total investment over that time comes to between $15-17 million dollars, or roughly $600,000 per year. “The hope has always been that we find a way that takes it off of the general fund,” he adds, “because in the general fund, you go into the big mix of all of the other needs in the city.”

Part of the challenge with grants funding is that while it is essential support for the organizations, the impact is not as exciting or visible as the public art program or community-based programs. “Our grants program has been tied to general operating support as the main stream of allocating our funds,” said Walth. “It’s not the exciting community-based stuff that we like to be doing, with additional funds, but it’s really critical funds to the arts organizations.”

Organizations rely on this general operating support to help them in their broader funding efforts. It’s critical funding because it is flexible funding. “You talk with the arts community, “ says Walth, “and they tell you that getting a dollar of general operating support is the same as getting $2.00 because they can work with it in so many ways. The value of it is doubled in a sense because it’s unrestricted, which means it doesn’t need to be spent on a specific program.”

For a quick comparison, Walth mentioned that San Diego spends about $15-17 million annually on support for the arts; Houston is about $8 million; San Antonio is about $3 million. “In terms of our direct funding being under a million dollars per year, we’re unique,” said Walth. “But,” he continues, “here’s the deal. The City of Phoenix has put their money into bricks and mortar, not into the organizations, so we’re sort of flip-flopped with what some of these other cities are doing. “He goes on to point out, “If you look at the city’s big spreadsheet on what we’re investing in brick and mortar, in the performance and exhibition spaces like the Phoenix Art Museum, Phoenix Theatre, Arizona Opera, Ballet Arizona, and Symphony Hall – the the City’s investment in brick and mortar and the grants is about 12 or 13 million dollars annually…and now we’re talking about comparable numbers.”

Given that the City’s annual grants investment is relatively low compared to other cities, Dwight points out that what they accomplish is especially remarkable. “Symphonies nationwide are failing and ours is chugging along and has actually done incredibly well through the recession with some new leadership and new thinking about programming. Ballet Arizona is at an artistic all-time high, recognized internationally. The Opera has had an incredible rebirth with new leadership and a new artistic vision.” He points to the fact that as a result of the 2006 bond, the City has invested in new buildings for these organizations, which has helped raise their visibility, established their importance to the community and signaled that they’re worthy of public investment.

“The thing abut brick and mortar is, if the city doesn’t take on brick and mortar, then who does?“ adds Walth. The City provides other kinds of operational support when it comes to bricks and mortar. The City owns these buildings, of course, and can work with the organizations that rent them to help subsidize maintenance issues, rental costs, utility sharing, etc. All of that is what percolates up into the overall $12-13 million annual investment. Over the last year Walth has been working to identify all of the arts and culture organizations operating within the city and had identified 160 groups. At this point the City is only supporting about 60-65 organizations through the grants program.

“There’s this big community of much smaller organizations that are out there doing great things, but they’ve got very low visibility in the community,” said Walth. “They are all volunteer-based, and so these are the organizations we’re trying to bring in and help through other kinds of ways. “

For these smaller organizations, the Commission has developed a program called Savvy. Savvy is a workshop series that helps smaller organizations with different kinds of development topics: setting up books, deciding whether to become a 501c3 nonprofit, grant writing, marketing, fundraising, etc. The Commission works with the Arts & Business Council through Arizona Citizens for the Arts to identify qualified consultants who can provide this kind of capacity building information.

“The Savvy program is about making a connection with these organizations,” said Walth. “When the recession hit, we dropped down to a budget of 150,000, with a staff of one for this stuff. Then Mayor Stanton came in and committed to increasing the support for the arts and we’ve clawed our way back to where we want to be, but,” he adds, “we have a higher goal to get to the same levels of funding as our peer cities.”

A New Role for the Commission

Since the beginning of the 2016 fiscal year (July 1, 2015), the commission has taken on a new role as a landlord of sorts for these city-owned bricks and mortar buildings, including the Phoenix Art Museum, the Children’s Museum, Phoenix Theatre, Arizona Opera, Black Theatre Troupe, Ballet Arizona, and Valley Youth Theatre. “That’s an exciting new responsibility for our office,” says Walth. “We now have an operations, and maintenance response – our relationship has moved beyond artistic governance to also involve the brick and mortar. It’s helping us look at how these different buildings are or are not serving the needs of the resident arts organizations. “ He adds, “It’s been an evolution from the cultural bonds that passed (2001 and 2006) and the investments made in the buildings….We worked with the organizations to put the proposals together for the bonds, and now with these buildings coming to fruition, this new responsibility gives us a much better overall picture.” The new responsibility enables Walth and the staff and commissioners to look more closely at how these buildings serve their organization missions. The Future of the Phoenix Arts Commission

“This relationship that we just started now of being more involved in the building operations side is probably the foundation for our future,” said Walth. “I hope that we eventually find some dedicated revenue stream for the grants programs, and if we can grow that pot, we can develop many more programs that deliver services to different communities, that can help grow the arts community.” He adds, “The other thing with Phoenix, because we’re so spread out…we’d really like to provide services out to the far flung reaches of the city, to the communities and people who aren’t able to get downtown. And to work with the arts organizations to develop programs and services, activities that we can take out to those far reaches that are more responsive to those communities, down to the neighborhood level. We want to help create something unique that responds to that community.”

He adds that another benefit the Commission has been able to provide the arts community is the work they’ve done with Americans for the Arts to provide important economic impact studies every five years. By measuring the economic impact of the arts sector, it makes the impact much more visible.

This coming year, beginning in January, will begin another review cycle for the next impact study, which will be Walth’s fourth time working on these reports. “We use this information to talk with Council members, share with arts organization, etc.” He adds, “For a long time we couldn’t provide this information. We had anecdotal information, but not the hard numbers. And we need both.” Measuring the economic impact gives the Commission, the arts organizations, policymakers, and citizens a deeper understanding of how making an investment in the arts ripples out through the economy, stimulating spending, and creating jobs that contribute to the long term livability of the city.

Celebrating 30 Years of Arts and Culture

Join in the 30 year celebration of the Phoenix Arts Commission this Saturday at a free family-friendly event from 10 a.m. to 4 p.m. There will be performances by Ballet Arizona, Teatro Bravo, Arizona Opera, and more; public art tours; demos and activities by Arizona Matsuri, the Arizona Science Center, the Children’s Museum, and more; and food trucks. And it’s all free to the public.

What: 30th Anniversary Celebration of the Phoenix Arts Commission