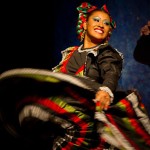 While the vibrant Latino arts and culture scene is no secret to insiders toiling away for years, there’s a new movement afoot to not only educate Arizona residents, but the world at large. 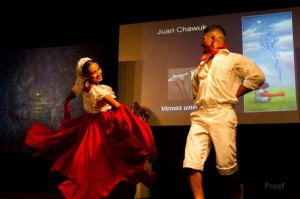 The inaugural CALA (Celebración Artística de las Américas) Festival is a two-month festival showcasing Latino art, music, theater and other culture offerings, which the CALA Alliance kicked off in September. Now in full swing, it is being promoted as a bi-annual event.

“Whether fairly or unfairly, outside of the state many people view Arizona as limited in embracing other cultures,” said Ruben Alvarez, CALA President. “There seems to be a lot of cultural misunderstanding in light of some of the politics that have taken place. What we’re hoping to do is to use the arts to educate people about the richness of the state’s Latino cultural heritage.”

Cross-Cultural Collaboration
The festival, whose major sponsor is Target, is engaging groups that range from our biggest, most established cultural institutions, such as the Phoenix Art Museum and Heard Museum, to more grassroots Latino groups, such as Teatro Bravo and the Arizona Latino Arts and Cultural Center (ALAC).

One exciting aspect is the spawning of new collaborations. Several months ago, there was a meeting of marketing directors of some 30 organizations involved with the festival. 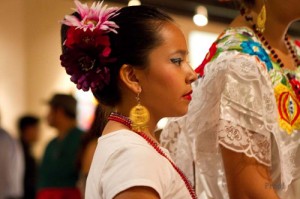 “A Latino playwright turned to me and said he had never sat next to someone from Ballet Arizona,” said Myra Millinger, CALA Alliance board member. “It’s beautiful to see what’s represented.”

Millinger, former president and CEO of the now-defunct Metro Phoenix Partnership for Arts & Culture (MPAC), said origins of the festival date back to a 2003 meeting to discuss better positioning arts and culture to distinguish Phoenix from other areas.

“José Cárdenas asked, ‘Are we not going to discuss one of the most obvious ways—the vibrancy of Latino arts and culture?’” recalled Millinger, who said that was one of MPAC’s initial charges. When MPAC ended, the effort was taken up by the CALA Alliance. Cárdenas, ASU Senior VP and General Counsel, is a CALA Alliance board member and one of the Latino art community’s most ardent supporters.

Millinger said having one umbrella organization has facilitated more partnerships. That trend was corroborated by the Arizona Humanities Council, which worked with CALA to include many Latino cultural offerings in its Oct. 22 Arizona Humanities Festival in downtown’s Civic Space Park.

“While we have always made an effort to make our boys multi-culturally aware, I have seen more partnering with Latino organizations recently,” said Cate Hinkle, director of marketing for the Phoenix Boys Choir. They received a grant from the CALA Alliance to host the Schola Cantorum de Mexico Concert on Oct. 5 at the Children’s Museum of Phoenix. “It is such a huge part of Phoenix culture—to not celebrate that heritage would be a travesty.”

Donna Valdés, executive director Xico, Inc., a nonprofit that promotes indigenous art and culture, believes the CALA Festival is creating greater awareness of what Latino organizations are out there. “Hopefully, it’s creating a new train of thought that ‘maybe we should be partnering with them,’” she said. 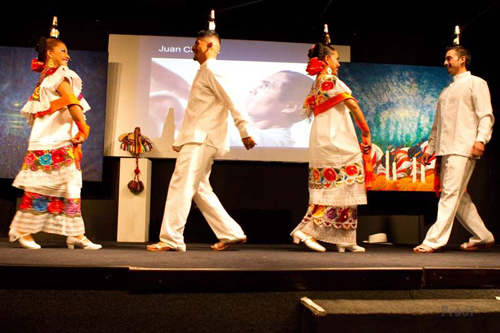 Impact On Downtown Phoenix
While institutions comprising the Festival stretch from the Musical Instrument Museum to the Mesa Arts Center, Downtown Phoenix is the epicenter.

For Linda Tórres, founding president of ALAC, located on Adams Street, that’s key. The native Phoenician recalls hearing stories how, in the 1940’s, there were celebrations with Latinos dancing in the streets.

“Bringing back the culture enhances tourism,” said Tórres, who noted ALAC, which is supported by the City of Phoenix, is across the street from the Phoenix Convention Center. “It doesn’t matter if you’re visiting from Ireland or Iowa—it’s good business for everyone.”

She said there has been a plethora of Latino, Chicano and indigenous artists that have come forward since ALAC was established in 2009. The visibility of the downtown location and having a centralized cultural organization has already spawned new partnerships between ALAC and other organizations, such as Artlink Phoenix and Downtown Voices Coalition.

“Downtown is a great base because a lot of business, political and community leaders work in the area,” said CALA’s Alvarez. “If they are exposed to CALA’s marketing efforts, they may see the significance in helping these organizations.”

Added Millinger, “Downtown Phoenix is not just organizations with buildings, but an incubator that has brought artists together. It has been a place where risks have been taken to bring in culture.”

Attracting Latino Audiences
There’s also a very real economic quandary that many of the more established cultural organizations are trying to address: As their core audiences age, where will the next generation of supporters come from? 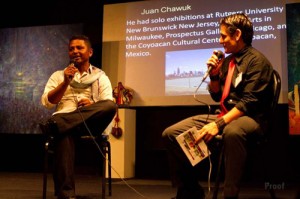 With Phoenix’s Hispanics/Latinos representing 40.8 percent of the population, according to 2010 U.S. Census figures, it is a group that cannot be ignored. According to Trino Sandoval, executive director of Teatro Bravo, a 10-year-old Latino theater group, the CALA Festival provides an entry to that audience.

“It addresses one of my pet peeves,” he said. “The big theaters will put on one Latino-themed show every two years, and it’s typically a one-person show. The Latino community is very young and hip and cares about social justice. If Latinos do not see themselves reflected in the productions or hear messages that speak to them, they won’t want to see it.”

“I think the more established institutions are sensing what most people in the back of their minds understand,” added Alvarez. “We have a growing, young Latino population. To continue to be successful, we need to reach out to future audiences with events and artists they might embrace.”