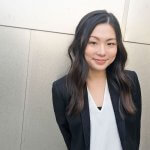 The Grammy-winning Phoenix Chorale is adding a creative twist to their search for a new artistic director.  The list of finalists is down to four, and each will lead a concert weekend during the Chorale’s upcoming 2018/19 60th Anniversary season. The following is the first of a series of introductory interviews by guest writer Katrina Becker. Images are courtesy of the Phoenix Chorale.

Since the summer of 2017 and last year’s departure of longtime conductor Charles Bruffy, the Phoenix Chorale has been methodically conducting a search for its next artistic director. It’s an exciting but infrequent task for professional choirs, and there’s no set protocol or rulebook for the search, says Jen Rogers, the Chorale’s president and CEO. “We knew we wanted to take our time…we didn’t want to make a quick decision,” she explains. “We tailored a search process that made sense for us and where we are as an organization — everybody’s involved.”

“We had singer meetings, and the evaluation process is going to be really robust,” Rogers continues. “The chemistry the conductor has with the choir is absolutely critical. They’re really the key music evaluators.”

During this lengthy evaluation phase, which Rogers calls “discerning the fit,” the Chorale’s search team narrowed a field of 50 qualified applicants to eleven semi-finalists, now distilled to a field of four finalists after each semi-finalist designed a sample program.

The remaining candidates will conduct the Chorale during the 2018-19 season, leading the ensemble in rehearsals and concerts and meeting with the Chorale’s board, staff and singers. Search process involvement includes not only board members and musicians but also the community; throughout the season concert-goers will be invited to share their impressions of each finalist with the Chorale online.

This season also marks the Chorale’s 60th anniversary, and Rogers describes the ensemble’s succession of concerts as being connected by “a little thread of our history” as she worked with each guest conductor. “The whole process has been ridiculously fun and rewarding and cool,” she says with a smile. “All this seemingly unusable historical information that I’ve been capturing and holding in my mind for the last decade has been very helpful.”

Finalist Jenny Wong opens the milestone season with concerts around the Valley on September 28-30. A 30-year-old native of Hong Kong, Wong earned degrees from University of Illinois at Urbana-Champaign and University of Southern California. She won world champion titles at the World Choir Games and the International Johannes Brahms Choral Competition, conducting the Diocesan Girls’ School Choir from Hong Kong. Wong currently serves as Associate Conductor of the Los Angeles Master Chorale and often conducts and teaches internationally.

“I remember in high school,” says Wong, “I said to my best friend, ‘You know what? It would be so amazing if there were somewhere in the world I could be in choir rehearsal every day and that was my job.’” She laughs. “And guess where I ended up?” Wong’s program, Desert and Rivers, was naturally inspired by the unique physical environment of Arizona. “We’re thinking of the first concert as setting the stage of where the Chorale was created,” says Rogers, “so it’s talking about our home state with the music.”

“When you think about these two opposites that have really sculpted the land of Arizona,” says Wong enthusiastically, “the desert for me means the themes of solitude and exile and persecution.” She continues, “Rivers, on the other hand…they’re healing, mystery, comfort — these are the kinds of themes that came to me right away.”

“So then I had this idea of the first half of the program being desert and the second half being rivers,” Wong adds. “I like the connection of old and new a lot. When you talk about the ideas of exile and persecution this goes back to 586 BC, when Jerusalem was invaded by Babylon.”

The program’s repertoire ranges widely across time periods and languages, beginning with verse by William Blake (“to see a world in a grain of sand”) set by contemporary Swedish composer Sven-David Sandström. It continues with Latin Biblical text in a piece by Argentinian Alberto Ginastera and explores The Israelites in the Desert with works by C.P.E. Bach and George Friedrich Handel in German and English.

“This forms one of my favorite groupings in the program,” says Wong, “because we continue to John Adams, a living composer who wrote a chorus for the exiled Jews.” She explains, “I like to find pieces that speak to each other so the key areas allow us to segue into the next piece. Even if it’s a different composer — even if it’s in a different language — as long as the subject matter and the tonal areas connect I really believe in being able to tell a story with many different languages, musical or literal.”

Other music on the program includes Across the Vast, Eternal Sky by Ola Gjeilo, with whom the Chorale enjoys a particularly close relationship thanks to its Northern Lights album of his compositions. “This particular piece talks about a phoenix,” says Wong. “It just so tickles me.”

The second half of the program opens with the folksy Stand in That River by Moira Smiley, followed by Samuel Barber’s The Coolin and the early five-part counterpoint of Giovanni Palestrina.

“Moira’s piece starts with these words that absolutely just grabbed me right away,” Wong says, singing a phrase softly. “These are composers who know the human voice — they’re singers themselves, and they know how to write in a way that makes it very satisfying for the performer.”

Wong’s program concludes with the complex harmonies of Ivo Antognini’s jazz-inflected There Will Come Soft Rains, followed by Anders Edenroth’s Water. “This is entirely a different kind of sonic experience,” says Wong, “because the singers will actually begin the piece in the same key as the Antognini but with tuned water bottles.” She adds, “It literally talks about how everybody needs water…It doesn’t matter if you’re Jew or Gentile, if you’re from Arizona or from Alaska — everybody needs water.”

The final work is The Heart’s Reflection by Daniel Elder. “Hopefully it’s an emotional journey that leads to a better place or asks bigger questions when people leave the concert,” Wong explains.

To connect the Desert and Rivers program even more closely to Arizona’s natural environment, the Chorale collaborates with Audubon Arizona to present a free lecture on September 11 titled “Our Desert Rivers Heritage: A Rich Legacy of Place and Sounds” from Audubon Arizona’s policy manager Haley Paul and director of advancement Dr. George A. Martinez, a former Chorale singer.