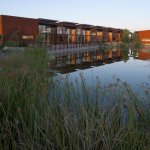 The launch will provide an overview of the scope, inspiration and aspirations of the project, with regional leaders coming together for a ceremonial signing to collaborate on development and restoration efforts along the river with the goal of enhancing a vibrant, connected community.

The event is open to the public and the media.

Arizona State University has been asked by Senator McCain to serve as a convener of the project by bringing together the diverse stakeholders of the River through a vibrant public outreach and engagement process. The March 30th Launch of the Rio Reimagined vision will be a public celebration of a grand, comprehensive vision for Revitalization that will fundamentally transform and connect the region.

“The Rio Salado project has the potential to transform the Salt River bottom and realize an untapped Valley treasure,” said Senator McCain.