Grappling With Growth in Downtown Phoenix 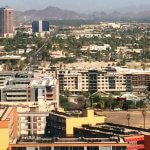 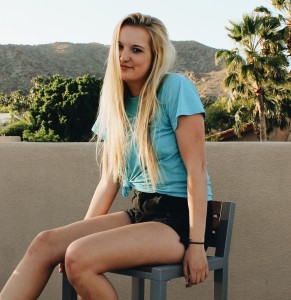 As downtown Phoenix continues to develop, residents and local businesses point out that growth comes with challenges.

Development in the area has been increasing for over a decade now, and it doesn’t show any sign of stopping. With the addition of new apartment complexes, student housing and condominium projects, more and more people are flocking to Arizona’s urban center.

Within the downtown redevelopment area, 1,185 apartment units have been completed so far in 2017. This area is roughly bounded by McDowell Road and Lincoln Street and Seventh Avenue and Seventh Street. Another 1,636 units are under construction, while 2,529 are in pre-development, according Dan Klocke, executive director of the Downtown Phoenix Partnership.

Within a one-mile radius of First Avenue and Monroe Street, downtown Phoenix has a population of just over 18,000 people. Since 2000, the population has increased by 12 percent, and is expected to increase by approximately another 8 percent in the next five years, according to the Downtown Phoenix Partnership and CoStar Group.

Depending on the number of bedrooms, the price for the new units range from approximately $1,000 to $2,200 per month, according to Klocke.

“At the same time, other people are getting pushed out of downtown because the pricing has gone up so much that it’s not as affordable as it once was,” said Kimber Lanning, founder and executive director of Local First Arizona.

Sarah Bingham, co-owner of the vintage clothing shop Antique Sugar, lived downtown for close to 10 years, and recently sold her condo because its value went up so much.

“Anybody who wasn’t fortunate enough to buy a place when it was cheap can’t really afford to live here anymore,” Bingham said. “Most people that have been here for this long probably won’t agree that this growth is a good thing.”

She said that preserving the authenticity of downtown has also raised concerns.

Lanning said that newer buildings, especially along Roosevelt Street, lack this character. She said that though ASU has done a good job of preserving Phoenix’s historic buildings, the expansion of the nation’s largest university to downtown has also attracted the attention of developers who don’t care about the individuality of the area.

Bingham agreed that though the growth has been positive economically, it has not been as great for the arts surrounding Roosevelt, with some art venues turning into restaurants and bars.

“It’s definitely not as vibrant as it used to be,” Bingham said.

Art galleries and smaller retailers can’t pay rent, allowing the spaces to be taken over by bars and restaurants that are more likely to be able to afford the higher costs, Lanning said.

She said that the new apartments popping up are affecting the walkability of the district.

New buildings are required to have ground floor retail in order to maintain the pedestrian-friendly aspect of the area. However, developers have realized that putting a gym on the ground floor of an apartment building is a way to get around the system and meet the requirement, Lanning said.

“When you take an arts district like Roosevelt Row, and you put up five apartment complexes that have gymnasiums on the ground floor, it’s completely devastating,” Lanning said. “We need to have a very public conversation about not allowing huge leasing suites facing our most walkable district.”

Steve Yozwiak has worked in the downtown area for over 35 years and moved to downtown eight years ago to shorten his commute.

Despite difficulties in finding parking and the noise from construction, he said that the growth in downtown has generally been good. He said that he welcomes more housing in the area.

Of the increasing amount of college students, Yozwiak said that they bring a “whole new level of energy” to downtown.

“It helps to diversify the social fabric of the downtown area,” said Yozwiak.

He said that in addition to the influx of students and young workers, older people are moving to the area as well, simply because it’s convenient.

“I can hop on one of five different freeways and go anywhere in the Valley within a half hour,” Yozwiak said.

Maya Rawn, 26, moved from Tempe to downtown Phoenix about two years ago.

“The only negative thing is that things get more expensive because it’s developing and becoming more popular,” Rawn said. “Some people can afford to stay and some people can’t. That’s pretty normal for a growing city.”

Rawn said that though it’s pricier, there are still many positives that come from the growth.

Yozwiak also said that the changes have largely been very positive for the area.

“Downtown has just blossomed,” Yozwiak said. “There’s a lot of smart people going to school here, and I think they all make for great neighbors.”