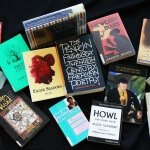 The City will select its first Poet Laureate early next year, Mayor Greg Stanton and Councilwoman Laura Pastor announced October 3. Stanton and Pastor — who chairs the Parks, Arts, Education and Equality subcommittee – called on writers to apply and outlined the nomination process to celebrate Arts and Humanities Month this October. Supported by the Phoenix Office of Arts and Culture and the Phoenix Public Library, the selected poet laureate will begin a two-year term beginning January 2017. “Phoenix is a city overflowing with artistic talent and inspiration,” Stanton said. “We’re looking for a writer who will inspire us all and has the ability to capture and evoke what makes our community so unique and diverse.”

“With written and spoken word poetry flourishing in Phoenix, now seems like the appropriate time to select a local poet to represent our City,” said Councilwoman Pastor. “We want our poet laureate not only to promote an appreciation of poetry and literature but also to work closely with our young people – the next generation of writers and readers in our community.”

The Phoenix poet laureate will serve a term of two years; will offer public readings; write occasional poems, and will pursue a major literary project over the course of the appointment term. Requirements to apply include Phoenix residency and a significant record of high-quality, published or documented work or service through the literary arts.

Interested parties may nominate themselves or others for the position of Phoenix Poet Laureate through a process managed by the Phoenix Office of Arts and Culture. The initial deadline for nominations is November 4, 2016. To review details and information regarding the nomination/application and selection process, visit http://phoenix.gov/arts/poet-laureate.