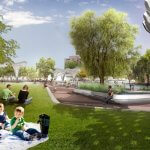 Cable One, Inc. (“Cable ONE”) has provided a $100,000 donation to Hance Park Conservancy, whose mission it is to work with the City of Phoenix to activate and unite the community by promoting the creative use of public space and a vibrant arts and culture experience at Margaret T. Hance Park in Downtown Phoenix. The funds will go toward the construction of a multi-purpose amphitheater at the city-owned park.

The donation represents the largest single contribution provided to the Hance Park Conservancy to date.

“We are grateful for Cable ONE’s generous contribution to Hance Park and our community,” said Conservancy president Tim Sprague. “It’s gratifying and important to have our corporate community members involved in efforts to make Hance Park a focal point for arts, culture and recreation in Downtown Phoenix.” 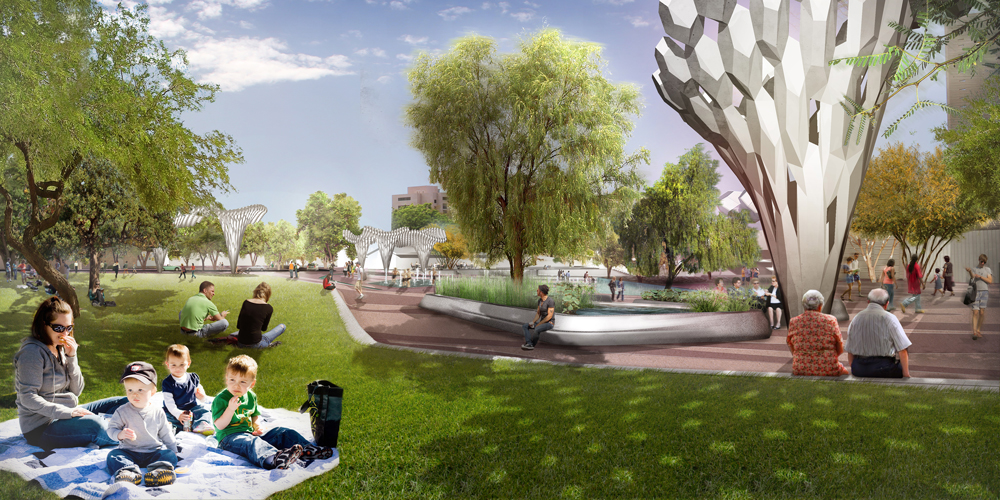 When completed, the state-of-the-art amphitheater facility will provide dedicated performance space for park events held throughout the year, including small neighborhood events of a few hundred people up to major events, such as the McDowell Mountain Music Festival, which draws up to 7,000 people each day of the Festival.

The amphitheater is planned to be constructed on the east side of Hance Park, which is located on the “deck” over the Interstate 10 freeway tunnel, between 5th Ave. and 3rd St. in Phoenix. The Park is the home of the Japanese Friendship Garden, Irish Cultural Center, McLelland Irish Library, Phoenix Center for the Arts, and Burton Barr Central Library and is surrounded by other arts and cultural institutions in Downtown Phoenix.

“Cable ONE is delighted to honor our associates and others who have long-recognized that Hance Park is integral to the continued growth of Downtown Phoenix,” said Cable ONE executive Alan Silverman. “We believe that a first-rate amphitheater in the Park will be a wonderful amenity for the community and think that Hance Park can become the jewel of the City of Phoenix park system and the centerpiece of downtown Phoenix and the Arts & Cultural District. We look forward to continuing to work with the Conservancy, the business community, and the City to realize that vision.”

Cable ONE’s contribution and the building of the amphitheater are steps toward the completion of the City’s Hance Park Master Plan. The plan describes a phased approach to transform the 32-acre urban park into a signature destination and a catalyst for positive change in the community.

Phoenix Mayor Greg Stanton says improvements to Hance Park can have a positive impact on outcomes for the area’s residents.

“Hance is much more than a park. A well-maintained, vibrant public space like Hance Park plays a big role in connecting our community — it’s a place where the city’s commitment to our residents comes to life,” said Mayor Greg Stanton. “This partnership with Cable ONE will help us advance our long-term vision for Hance Park as the heart of our Arts and Cultural District.”

To learn more about the Hance Park Conservancy, visit www.hanceparkconservancy.org.