Live PHX | A Place to Remember 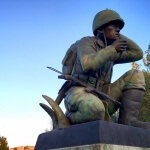 Wesley Bolin Memorial Plaza is Phoenix’s version of the National Mall. This public greenspace is located at 1700 W. Washington Street, just east of the Arizona state capitol complex. Along with lush lawns, benches and walking paths, it houses thirty monuments honoring eminent figures and events from Arizona and U.S. history. Many of these markers are dedicated to service members who fought in wars and sacrificed their lives for our country. In honor of the Memorial Day holiday, here are just a few of the memorials you’ll find on display at Wesley Bolin. 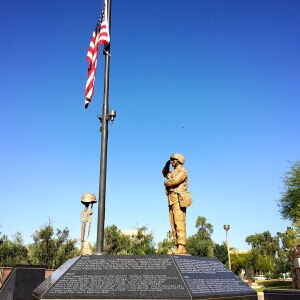 Sculpture honoring those who fought in Operation Enduring Freedom. 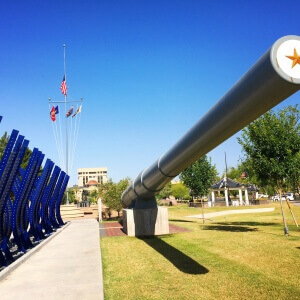 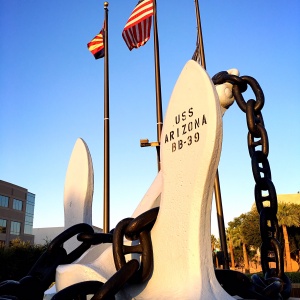 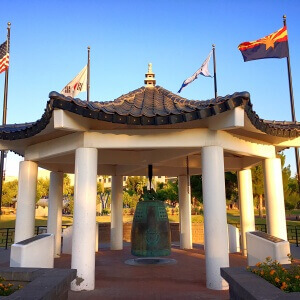 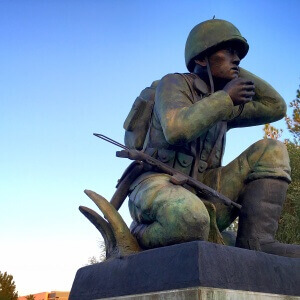 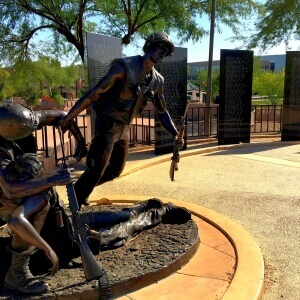 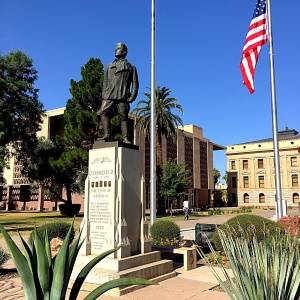 Frank Luke, Jr.,/World War I statue. Luke Air Force base in Glendale was named in his honor.