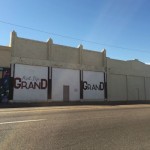 Phoenix has long craved its own maker space. It’s finally getting one.

While our city is home to several coworking spaces for those who can get by with just a computer and a desk, those who want to craft a physical product need a very different kind of shared office — the kind with tools and machines and expert staff who can help you get going.

Good news. The City of Phoenix has partnered up with the Maricopa Community College District, GateWay Community College, and the Maricopa Skill Center to give students, entrepreneurs, and hobbyists just such an office. It’s called Makerspace (likely a working title) and will be located at 525 West Van Buren St. Makerspace will offer a collection of equipment to help you whip up whatever it is you’re dreaming of making in whatever medium you need. This includes:

This fantastic new playground, according to Vice Mayor Daniel Valenzuela’s statement, “will feature 22,550 square feet of workspace, as well as flexible classroom and event space, offering students, innovators, entrepreneurs, hobbyists, inventors and the small business community the tools and equipment they need to fabricate their ideas and creativity into real products.” Students will have direct access to Makerspace, while non-students can pay a nominal monthly fee.

Even the origin story behind this new hub of innovation is a good one.

Makerspace got underway when Christine Mackay, Director of Community and Economic Development (CED) for City of Phoenix, literally looked out her window, which is way up on the 20th floor of City Hall. “You look at things a little differently” as a city planner, she says. After repeatedly noticing the empty building, her curiosity compelled her one day to walk over and check it out. Returning to the office, she looked up its owner only to discover it was the Maricopa County Community College District. The phone calls began right away, but the first person she spoke to was at a loss. “They didn’t even know they owned it,” she says. Soon enough, she discovered it was being listed for sale and currently being used for, of all things, storage. When Mackay asked if MCC would be willing to pull the listing, it was taken off the market the same day.

When I ask if this is a function of her position, she laughs. More so, she says, “it was pure luck.” Sometimes things just come together.

Mackay was previously involved with a maker space in Chandler after working with that city’s CED for 16 years. The idea of creating a maker space for Phoenix fell on welcome ears, and off they went. One person after another threw their weight behind it, and the project took shape fast. “It was the perfect storm,” she says.

Don’t turn out the door just yet, though. The building that will house Makerspace was constructed in 1925 and will need to undergo a number of improvements first, including overhauling the front walls to include the glass facades they were meant to have. It’s set to open in December 2016.

Mackay’s enthusiasm for this kind of work is palpable, saying the reason she’s done it so long is that she gets to go to work every day knowing she’s building a city. “I love what I do!” she says.

The effects of this work are not just local. Again from Vice Mayor Valenzuela’s statement: “It’s also a message to companies that are located [sic] or considering relocating to Phoenix that we are committed to growing and developing a talented workforce needed for companies to thrive and grow high quality, high wage jobs.”

Indeed, as Makerspace starts to extend the activity happening closer to Central Ave all the way down Van Buren to 15th Ave., we’ll soon see more art and entrepreneurship than ever. “This could be a game-changer,” says Mackay.

See you at the opening.