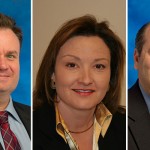 Christine Mackay, who has more than 21 years experience in economic development, including 16 at the municipal level, is Phoenix’s new director of Community and Economic Development, City Manager Ed Zuercher announced today.

“Christine is a seasoned economic development professional with a proven track record of success. We are looking forward to her joining our management team,” said Zuercher.

“We’re incredibly excited to add such a talented and respected individual to our team as we work to make Phoenix a leader in today’s global and innovation-based economy,” said Mayor Greg Stanton.

“Encouraging business expansion and attraction is critical as we continue strengthening and growing our economy, and I am pleased that we have found a leader in our community with the strong credentials to encourage new private investment that will ensure a bright future for Phoenix,” said Councilman Bill Gates, chairman of the City Council Finance, Efficiency, Economy and Sustainability Subcommittee.

Mackay has been with the city of Chandler since 1998, beginning as a research assistant before advancing to senior economic development specialist. In 2008, she was named Chandler’s director of economic development, overseeing such efforts as downtown redevelopment, tourism, small business and entrepreneurship strategies, and university partnerships.

More than 150 businesses expanded or located to Chandler in the last five years, representing more than $6 billion in capital investment and 22,000 new jobs for the East Valley city.  Mackay also opened and manages the Innovations Technology incubator, which is now home to more than 20 early stage companies.

Alan was appointed acting Planning and Development director in July 2013 and has an extensive record of innovative problem solving, community engagement in planning and development, and working hard to streamline services to the public.  Alan joined the City of Phoenix as a Planner I in 2000, and has worked as Planner II, Planner III, Principal Planner, Zoning Administrator, Deputy Director, and Assistant Director.

Alan has a Bachelor of Arts in Political Science and a Master of Environmental Planning, both from Arizona State University.  He will continue to lead the department’s important work on PlanPhx, Reinvent Phoenix and continued streamlining of development and permitting processes.

Karl has most recently served as Acting Housing Director since 2013, directing the activities of 190 staff and an operating budget of $88 million and a capital budget of $26 million.  He has extensive experience in project management, team development, and financial oversight. Karl has 28 years of government experience, working with the City of Phoenix and previously the state Department of Economic Security.

After 15 years with DES, including Associate Director of the Division of Business and Technology Services, Karl came to the City as Deputy Human Services Director and also served as Assistant Human Services Director, Deputy Public Transit Director, and Assistant Housing Director.  Karl has a Bachelor of Science in Finance and a Master of Business Administration, both from Arizona State University.