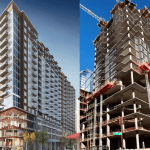 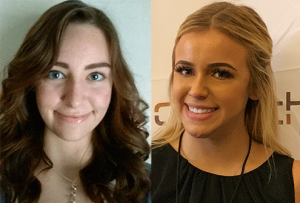 One of downtown Phoenix’s most highly anticipated developments is set to be completed at the end of 2019, after 14 years of planning and development, and downtown residents and workers are delighted, especially about one element of the project.

Block 23, a RED Development venture, is a high-rise, mixed-use project that includes a new 67,000-square foot Fry’s grocery store on the ground floor.

“The biggest missing component to downtown has been a grocery store,” said Vice President of RED Development Jeff Moloznik at a recent topping off ceremony on January 22.

Monica Garnes, president of Fry’s Food Stores, said the company was happy to eliminate the “food desert” in downtown Phoenix.

“We are looking forward to the day downtown residents, sports fans, museum-goers and employees from all industries will be able to come by conveniently and buy the many fresh food options we have,” Garnes said.

The grocery store is important to residents because about 1.6 million people live in Phoenix now, compared to around 990,000 in the 1990s, according to the United States Census Bureau, with many of those residents choosing to live in the urban center of the nation’s fifth largest city.

The Fry’s grocery store will be located on Jefferson St. and First St. beside CityScape, a crossroads Christine Mackay, Phoenix’s community and economic development director, referred to as “the intersection of Main and Main.”

Red Development also built CityScape, which is an entertainment hub in downtown. Nearby Roosevelt Row and Phoenix Warehouse districts appeal to both millennials and boomers, all of which is helping make downtown a more appealing place to live, helping drive the current downtown development boom.

Steve Yozwiak, a longtime resident of downtown Phoenix, said he goes to the gym across the street at CityScape, and is excited to stop at the grocery store or shops on his way home.

“I follow everything that goes on downtown,” Yozwiak said. He noted that the Safeway located on at Seventh St. and McDowell Rd. is one of the few places to find groceries in the downtown area and it just finished some significant remodeling over the past several months.

Yozwiak said he welcomes the development and enjoys the competition the incoming grocery store is creating. “Even if I never shop at Fry’s, I’m glad that they may have spurred improvement at my Safeway.”

This new multi-use building, including the grocery store, is something residents such as Courtney Nush, president of the Downtown Neighborhood Alliance, said has been needed for more than 10 years, and she appreciates steps developers took along the way. RED Development partnered with the Whiting-Turner Contracting Company for the Block 23 project. To ensure the minimization of disturbance to the neighborhood through proactive communication, Whiting-Turner went as far as to go to a Downtown Neighborhood Alliance meeting and give contact information to any residents that had concerns, said Nush.

The construction was minimally invasive, said Nush, with only a few street and lane closures that always allowed for pedestrian traffic to continue without issue.

“There are some other projects where they just shut down the sidewalk and don’t think about where pedestrians are supposed to be going, and this one seems to have thought that through a little more thoroughly.”

Nush also observed a distinct lack of noise disturbances from the construction. “I think it says a lot about the way they managed it.”

According to Mackay, Block 23 will become the urban core of downtown. The project will include restaurants such as Sam Fox’s Blanco Tacos and Tequila, retail opportunities, companies such as Ernst and Young, which will be relocating from the Renaissance Tower, and apartments from StreetLights Residential.

The city has a stake in this project as the city provided $18.3 million in development incentives as well as a break on property taxes.

One downside Nush acknowledged is affordable housing. As new developments are produced, overall rent in the downtown area increases.

“One of the only things that could make this project better is if there was an affordable housing component,” Nush said.

Yozwiak disagreed, saying that with all the competition, he feels as though it will not drive a rent increase in his apartment complex.

Mike Ebert, managing partner of RED Development, said, “We will be generating 1,300 new permanent jobs and an estimated $234 million in annual economic output.”

The mixed-use project has the potential to generate $76 million in net additional sales taxes to the city of Phoenix over 50 years, according to RED Development.

It didn’t just come quick, said Williams, we’ve been trying for many years.

Ebert added, “Now that the revitalization of downtown is in overdrive, we all have great stories to tell and Block 23 is a part of it.”