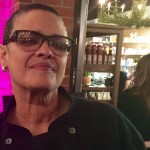 Beatrice Moore didn’t know what to expect when she posted a Facebook announcement Monday saying that tenants of her Grand Avenue property, Bragg’s Factory Diner, would close their doors this weekend.

With the current occupants, Emily and Liam Murtagh, closing down to focus their efforts on newly opened The Coronado on 7th Street, Moore would need a new tenant to fill the space beginning in November. Within three to four hours of posting her photo and detailed message about the news, Moore had already received several inquiries, one of which was truly the “perfect fit.”

Award-winning chef Silvana Salcido Esparza of Barrio Café, announced Thursday she will take over the lease, with plans to open another rendition of her well-known Mexican restaurant in the space.

“For me, it’s going to be Barrio Cafe deluxe,” said Chef Silvana, who loves the historic property.

Moore, who has been a strong voice for preservation within the community, is looking forward to having the support of another “kick-ass woman who tears it up in the neighborhood.”

“I think the fact that she’s chosen to come to Grand makes a big statement about the future of the street,” Moore said. When speaking of Chef Silvana’s Barrio Cafe in Phoenix, Moore was impressed that the chef “stepped outside her (business) doors and became involved with making a neighborhood a better pace.”

“She is such a powerful woman,” Moore said.

For Chef Silvana, the feeling is mutual.

“I know a smart woman when I see a smart woman,” said the chef, who added that she and Moore are “cut from the same cloth.”

“She’s kind of girl I can play with,” Chef Silvana said.

It was the unique historic houses which originally drew Moore to the area back in 1986 and she has worked exceptionally hard to preserve the neighborhood’s original character since. As the co-chair of the Grand Avenue Festival, and bonafide ‘backbone’ of the area’s unique arts community, Moore is optimistic about what Chef Silvana will bring to the table.

“She is a great face for educating people about Grand and the history here,” Moore said. “That’s worth a lot to me.”

Chef Silvana’s community involvement has received national press. Just one day prior to her Grand Avenue announcement, Silvana was featured on NBC News Latino for her involvement in the Calle 16 mural project.

Chef Silvana said she likes being around people that inspire her, and she “knows the people of Grand Avenue are going to inspire (her) to shine that Mexican stuff up.” “I have to give back to the kids,” said Chef Silvana, who plans to hire a team of young culinary students. “I want to inspire the next generation of Mexican chefs.”

While she said it will take “elbow grease and lots of hours of love” before Barrio Café is up and running around the first of the year, Chef Silvana is up for the challenge.

“I’m ready to get down and bring it,” Chef Silvana said.

“It’s a little dream restaurant for me,” she said