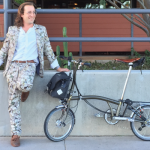 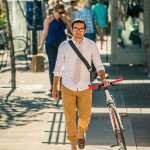 Today we will meet Alexander Brunacini, a Financial Education Specialist at the International Rescue Committee. Alex and I met up over a cup of coffee at one of the more significant additions to uptown Phoenix, Changing Hands Bookstore.

Alex chose this location because much like him, it is a mixture of the old and the new. Changing Hands is a place that feels like home, yet it is one of the more progressive concepts in the country as bookstores are finding innovative ways to attract an audience.

I selected Alex as the first person to feature because he is by far one of the most interesting people I have met while frequenting the Downtown Phoenix hot spots, which I realized shortly after we first met. I believe you should know him too…

His neighborhood: 35th Avenue and Glendale, aka West Phoenix.

Favorite thing about downtown Phoenix: Downtown Phoenix is a composite of the populous. In downtown, you have the young and the old, with a mixture a socio-economics, all interacting together. Phoenix is just a little more egalitarian than other cities in the valley. In Tempe you have the college crowd; Scottsdale has the Hummers; all surrounded by families living in cities that essentially all look the same; while Phoenix is welcoming to all types.

Favorite place in downtown: I come out from West Phoenix on my bike at least two or three times a week because there is just too much good stuff going on. Right now my favorite downtown attractions are Bikini (Lounge) or FilmBar. They have this rhythm, which comes with surprises. There are some nights that are out of control, which could happen to fall on a weekday. Then there are nights that are sedate. It is unexpected and unpredictable. In addition, Bikini is also one of the oldest places in Phoenix. It just has this interesting dichotomy. It’s old and new. It’s traditional and modern. Where he shops for fashion: I like the stuff on 7th Ave. and Camelback. You’ll always get a great find while there. I can always find good items at Topman and Asos. Target is good. Love me some Merona.

Biking fashion tips: There is a necessity for slim cut pants, generally, unless you have a completely enclosed chain chase. You need your ankle to be pretty condensed. You cannot have a lot of extra fabric on your pants. Breathable material is great. Spandex! But I feel that people should dress normal on your bike because you want to advertise that cycling is a normal activity; it’s like walking. My inspiration is kind of Amsterdam. You want it to be just a regular way to get around. It’s not extreme. It’s not a sport. It’s just transport. Biking essentials: Lights. Don’t forget the lights. A tire repair kit; you have to be able to fix your own flats. Water. When you’re in phoenix, water is essential.  Always carry some water on your bike. A rack is nice, some kind of way to carry your stuff that is not on your back – then you’re pretty much set.

What he’s wearing: A floral suit. I do not know who it is by, but I do know that it has a touch of spandex; so it has a lot of give. It is fitting but it moves with you, which is one of the reasons why I chose it.

What type of bike does he ride: Her name is: Ljubica. A Brompton S6R – (S is the bar type, 6 is the speed and R is the r in rack, designating that it has a rack and fenders)

A good quote to end this column: “ ‘Shoulda brought bikes!’ – in every single situation where bikes are not present.” -Alex