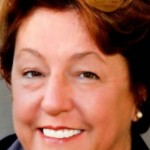 Phoenix Community Alliance has added Adrienne Gill, a longtime PCA member and influential community driver in the Valley, to its professional staff in the role of Executive Director. “Adrienne’s connectivity in the business community will help drive our membership efforts in concert with the strong vision and advocacy of our president Don Keuth,” said PCA chairman Mo Stein.

Gill’s appointment comes at an exciting time for PCA, which in January joined Downtown Phoenix Inc. as an affiliate organization.

“I’m honored to have been selected by my peers and other civic influencers for this role,” Gill said. “And to be of service to our downtown stakeholders, building a better future for a great city.”

In her new role, Gill is charged with building a membership platform that is inclusive of all downtown interests, including an expanded membership menu and increased member access and involvement. Gill’s extensive experience in membership development is highlighted by successes with the Arizona Technology Council, Greater Phoenix BOMA and AAED.

Over the span of her career Gill has received many distinguished honors. She’s a former National Director of Development for Childhelp USA, spent 17 years on the board of directors for Metro Phoenix Boys and Girls Club, was a founder of ACRE-IE, and has been nominated for a Greater Phoenix Chamber of Commerce ATHENA Award.

Don Keuth will continue his leadership role with PCA, connecting community interests and representing the organization in advocacy efforts across a wide spectrum of issues critical to the evolving Downtown Phoenix landscape.