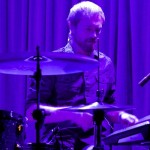 On the morning of 1/17, 25 musicians from some of Arizona’s best bands will meet and a lottery will be held to create 5 new bands. Those bands will then have that day, and only that day, to write and rehearse a set to perform live in concert that night. None of the musicians will have any knowledge prior to that day who they will be paired up with. The format will have each band writing 3 original songs and learning one cover. The list of musicians volunteering for the Phoenix Rock Lottery includes members of some of Phoenix’s most prominent bands; Black Carl, Jimmy Eat World, Lymbyc Systym, as well as from some of the best new set bands making a name for them selves today; Playboy Manbaby, Twin Ponies and Fairy Bones.

The first Phoenix Rock Lottery was held at Crescent Ballroom on February 9th, 2014. The show was named “BestClub Show Phoenix 2014” in the Phoenix New Times “Best Of Phoenix” issue, describing the event as “yielding goods that had Phoenix feeling pretty damn great about its music scene.”

That first edition featured 20 musicians creating 4 bands,  the 2nd edition has expanded to 25 performers and will create one more band. The second edition has a few musicians who participated in the first while mostly being comprised of a new set of songwriters.

Proceeds of the Phoenix Rock Lottery benefit Rosie’s House and their mission to give the underserved youth of greater Phoenix the gift of music education.

Complete list of musicians performing in the 2015 Phoenix Rock Lottery: