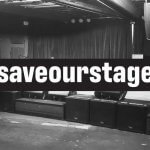 “Our passionate and fiercely independent operators are not ones to ask for handouts,” said Dayna Frank, NIVA Board President and owner of First Avenue in Minneapolis. “But because of our unprecedented, tenuous position, for the first time in history, there is legitimate fear for our collective existence.” NIVA is comprised of more than 960 of the most influential independent music venues and promoters across 50 states [as of April 24], including The Rialto Theatre in Tucson, The Nile Theatre in Mesa, The Orpheum Theatre in Flagstaff, and Washington, D.C. Independent venues were among the first to close as COVID-19 spread across the country, and unfortunately, are also likely to be among the last to reopen.

Due to unique circumstances such as the indefinite closure of our industry and zero revenue for the foreseeable future, NIVA has requested specific funding programs to assist while we are completely shut down as the result of government mandates. The goal is to enable independent venues to survive the shutdowns, reopen in the future, and once again contribute to the economic revival of our communities. It is estimated that for every $1 spent on a ticket, a total of $12 in economic activity is generated within communities on restaurants, hotels, taxis, and retail establishment.  While we are small businesses, the estimated direct annual economic impact we bring to local communities is nearly $10 billion.

It will likely take months for venues to resume to their full performance schedules, but once they are permitted to reopen, capacity reductions may be required for safety. NIVA is also seeking national guidelines for large gatherings to occur in a safe manner. Uniformity across the country and throughout the industry will ensure artists can resume a tour schedule and fans can come and enjoy shows once again.

*DPJ’s Wire series delivers news and information straight from trusted sources without translation. Some updates have been made for clarity.