A Conversation with Ron Butler 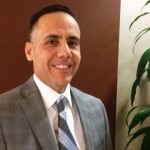 He understands the impact DPP has had on the 90-square block urban core since its inception in 1990. He also sees that times have changed, and that to take the next step in developing a vibrant downtown it was important to look beyond the boundaries of the DPP BID (business improvement district) and recognize the significance of connectivity throughout downtown to ensure the long-term vibrancy and sustainability of our city center. That’s where, he believes, an umbrella organization like Downtown Phoenix, Inc. can have an impact. Butler grew up in San Manuel, a small mining town northeast of Tucson. He attended U of A and spent the first few years of his career in Tucson before relocating to Phoenix in 1995. Since that time he’s worked in downtown and had a front row seat for all of the changes over the last two decades.

Game-changing elements in downtown according to Butler include the development of CityScape, the light rail and the growth of both ASU and the U of A medical school. When he became the managing partner at Ernst & Young in 2008 they were nearing the end of their lease in the Renaissance building and they had to make a big decision to stay downtown or move elsewhere. They’d been in downtown for many years, but perhaps it was time for a change.

“The younger employees want to live downtown and up through the Central corridor.“

“As a result of the marketplace in 2008, it was a good time to be looking,” said Butler. They looked everywhere – Midtown, the Camelback/Biltmore area, and Scottsdale, but in the end the excitement about what was happening downtown convinced them that was where they needed to be. “At that time, I was on the Downtown Phoenix Partnership board and I loved what we were doing downtown,” said Butler. “We had cheaper alternatives and could have moved, but we saw what was happening here: CityScape was just coming out of the ground and ASU was giving birth to its vision of coming downtown. My executive team and I decided it was important to be a part of that momentum.”

“The average age in our firm is around 30 years old. Each year we recruit 20% of our workforce from Arizona universities to work in our audit, tax, and consulting services,” said Butler. He recognizes that these are the people who appreciate being able to live and work downtown, taking the light rail, riding their bikes, going to the restaurants, music venues, coffee houses, art openings, etc. “We have mandatory retirement at 58, so we are always building that pipeline. The younger employees want to live downtown and up through the Central corridor. And for that reason, light rail has been a game-changer.” He sees that having their headquarters in downtown has made it easy for these younger employees to live, work and enjoy downtown.

Additionally, much of their work involves entertaining clients and being downtown makes it easy, with access to sporting venues, music, restaurants and hotels all within a short walk from their offices. “Having a place to have a breakfast or dinner meeting is really important. Back in 2008 if we had a client that was coming in, there was a limit to where we could take them. We’re still short a few, and I’d like to see it change, but it’s improved a lot.”

“We all saw that in spite of the investment we’d made over the last twenty years, if there wasn’t a game or an event, after 5:30 the streets would clear out. So the question became, what do you focus on to make things happen?”

How do the other DPP board members see the development of DPI? “They’re all stakeholders down here. We all saw that in spite of the investment we’d made over the last twenty years, if there wasn’t a game or an event, after 5:30 the streets would clear out. So the question became, what do you focus on to make things happen?” said Butler. “CityScape was a game-changer. That brought attention to a sleepy downtown corridor, but what was next? How do you reach beyond the boundaries of the BID (business improvement district) to foster growth and vitality in the core?” DPI provides a way for DPP to continue to serve its immediate constituents and to be a part of the larger conversation and initiatives to build the downtown we want.

Butler sees the Super Bowl as an opportunity for downtown to show the world that “we’re alive, vibrant, open for business and we can fulfill you needs for entertainment, dining, lodging, as well as arts and culture.” He also sees the Super Bowl as a chance to test some of the “scaling up” that Butler believes needs to happen with law enforcement, hospitality, and services. He’s excited about the opportunity, but cautious as well.

He knows that DPI cannot be everything to everybody, but this kind of umbrella organization has worked well in other cities and it will be good for downtown Phoenix as well.  And six years on he still feels good about his decision to keep Ernst & Young in their downtown location. “When our clients see what’s happening down here, downtown becomes a much higher choice on their list of places to go.”