A Conversation with Mike Ebert 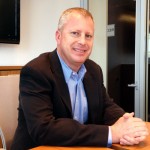 “Ultimately it’s the people that have made the difference.”

Mike Ebert, a founding partner of RED, the development company responsible for building CityScape, has a heartfelt passion for downtown Phoenix. Originally from Nebraska, he moved to Arizona thirty years ago to attend ASU, where he majored in real estate and finance. For many years RED’s development activities were focused in suburban locations but, in the mid-2000’s, he and his partners at RED, which has property in 10 states west of the Mississippi, began noticing an overall trend toward downtown development, which inspired the desire to work on a development here in their home state. We sat down with Ebert at an outdoor table at CityScape on a beautiful spring day to get his perspective on the future of downtown Phoenix.

In addition to spotting an urban trend, Ebert’s appreciation for great cities was part of what inspired him to want to create CityScape.  “New York City is the most inspiring place in the United States to visit from a walkability experience,” he said. “It is my favorite city to visit. Certainly there is San Francisco and several other great American cities,” he continued. “All of these cities always help inspire you.” One trip to New York, in particular, helped galvanize his thinking about developing CityScape. “During the deepest part of the recession, when we were just starting construction here in 2009, I was walking by Rockefeller Plaza. I’m not one to stop and smell the roses, but I stopped and read a plaque there and learned that during the 1930s, Rockefeller had developed 6,000,000 square feet, which is a big portion of Manhattan.” The realization that Rockefeller had invested so much in the city during the depths of the Great Depression fueled his confidence in the CityScape project. “It reinforced that we were going through a tough time as a community, but there was a much brighter day ahead of us.”

“That’s what I’m most excited about, is being a part of and supporting the entrepreneur developer, the smaller projects that are going to make this downtown area truly special.“

What has made the biggest difference in the development of downtown? “Ultimately it’s the people that have made the difference,” he said. “For much of my career as a developer you just hoped people didn’t oppose you. This (the development of CityScape) was the first time in my life where people were rooting for us. That helped change a lot of my view of community, cooperation and the things that happen when people are working together.” As he puts it, “it was the first time people who didn’t have a direct interest were working for us.”

He is quick to appreciate what a great job the city has done to enable development in downtown, but firmly believes that the private sector has to finish the job. “Cities are very good at doing the big items: infrastructure, light rail, and the university, but the cities aren’t the ones that can finish it, that can make a neighborhood of downtown.”

Ebert sits on the board of Downtown Phoenix Inc. and has been involved in its formation from the beginning. He believes that this new structure is critical to long-term outcomes for downtown. DPI will allow the definition of downtown to expand beyond the boundaries of the current Downtown Enhanced Municipal Services District (Downtown Phoenix Partnership) to include neighboring areas such as the Historic Roosevelt Neighborhood, the Evans Churchill neighborhood (home of Roosevelt Row) and others. This expanded definition of the geography of downtown will create a stronger, unified voice.

“I believe head to toe that the most talented people in the state live and work downtown in education, healthcare, law, sports, travel, and hotels. The hope with DPI is that we will give those talented people a clear picture of what they can be involved in downtown. If we ignite that group of talented people and connect them, they can move mountains.”

His experience with the outpouring of support for CityScape appears to have been the seed that planted his appreciation for the tremendous value of people working together. “We’re seeing for the very first time tremendous collaboration in a pro-community way.”

The biggest challenge going forward from his perspective is the vacant lots in downtown, most of which are owned by the city and the county. These vacant lots make it challenging to create true walkability, which is key to a vibrant downtown.

“I believe head to toe that the most talented people in the state live and work downtown in education, healthcare, law, sports, travel, and hotels…If we ignite that group of talented people and connect them, they can move mountains.”

“People like crowds, people like seeing other people,” said Ebert. “We’ve got virtually no serious crime down here to speak of, but you always have that perception of safety if you have vacant lots. My hope is that DPI can help encourage the development of the vacant lots, and encourage private investment, which will help with shade and walkability.”

Because they are such important landowners, according to Ebert, “the city and the county can have a big hand by just working with the community to put those properties they have into production.” For Ebert, encouraging this will be a big part of what DPI can do over the next several years to make a difference.

With both the Super Bowl and Pro Bowl coming to town next February, Ebert believes we have a real opportunity to increase the number of people who will want to live, work and play in downtown. He points out that the NFL historically has not had events that they controlled or sponsored until the last three years in Indianapolis, then New Orleans, and last year in New York City. “The fact that it’s (Super Bowl Central) going to be in the core of downtown after those three experiences speaks volumes about where downtown is. It’s one of those affirmations of where we’re going.”

For Ebert, a key factor in the success of those events and the after-Super Bowl positive impact for the cities, particularly in Indianapolis, was their “great culture of volunteerism.” He believes that they really communicated a level of hospitality that was attractive to people. “People like to feel welcome,” he said. “There’s not more to do there than here in downtown Phoenix. They didn’t have any secret sauce that we don’t have.”

In conclusion, Ebert noted that membership in DPI will be very important going forward. “We have a passionate group,” he reiterated, “but it needs to be larger. We need to let people know, if you want to be involved in the community and serve, join the membership group. As it grows and members start collaborating, it will have a big impact.”