A Conversation with Ed Zito 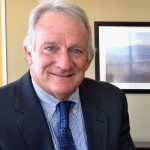 “What we need next is focus and execution.”

We sat down for coffee recently with Ed Zito, President of Alliance Bank, a locally-owned, Arizona-based bank headquartered in CityScape. A long-time downtown advocate, Zito has been involved in many of the economic development changes over the last thirty years in Phoenix and is a member of the board of Downtown Phoenix, Inc.

He’s been in Phoenix since 1981, when he started his involvement in downtown through his position on the Corporate Contributions Committee of First Interstate Bank. “Sitting on that committee opened my eyes to the array of development challenges we had at the time, and the alignment we needed to meet those challenges,” said Zito. “The alignment began when the business community took hold and took leadership on the importance of revitalizing downtown,” he continued. “But the business leadership couldn’t do it alone. They needed to align with the public sector, the philanthropic sector and the academic sector to create not just a vision, but a collaborative environment to take Phoenix to the next level, or two or three.”

“…the business leadership couldn’t do it alone. They needed to align with the public sector, the philanthropic sector and the academic sector to create not just a vision, but a collaborative environment to take Phoenix to the next level, or two or three.”

From Zito’s perspective, a specific development that has had tremendous impact on downtown was the coalescing around bioscience and life science that led to the creation of the Translational Genomics Research Institute (better known as TGen). Zito served on Governor Napolitano’s Committee for Innovation and Technology, which grew an ecosystem around TGen and the life and biosciences, and he sees this development as a key step in revitalizing downtown. Coincidentally, the Greater Phoenix Chamber of Commerce just selected TGen to receive a 2014 Economic Driver Impact Award.

He also points to the creation of the sports venues; the collaboration to overhaul the Phoenix Convention Center (“a beacon of the public and private sectors working together”); and CityScape (which represents “downtown coming into its own and flourishing”). These key developments build off the synergy of others. “The light rail, the growth of Local First, the impact of the arts community and thriving daily growth in downtown…it’s all part of the central nervous system.”

Alliance Bank was a key player in making CityScape a reality. “Alliance is only 11 years old,” said Zito, “but we made the $40 million loan for this entire block in the middle of the Great Recession. We closed that loan for RED Development on December 28, 2009…really the trough of the recession.”

For Zito, the key to long term vitality in downtown is the ongoing nurturing of the public/private partnerships that have brought us this far. Alliance is the largest, locally-owned bank in Arizona and he believes that “it’s in our DNA to be part and parcel of economic development. We understand that growing the pie is in everyone’s interest.”

He’s very proud of the fact that Alliance Bank is locally owned. “We believe in putting our money where our mouth is,” added Zito. “It resonates from our CEO, Robert Sarver, all the way down. We have an ‘investing forward’ mentality in our organization that is very powerful. One of the things we’re focused on is passing on that DNA deeper into the organization and the next generation of leaders.”

“We have a great mix of talent on the (DPI) board. What we need next is focus and execution.”

When asked what he believes are the most significant lessons we’ve learned in downtown over the last 20 years, he said, “Lesson one is think big, leadership counts, and the alignment that comes from that can be really powerful.”

The last twenty years or so have seen tremendous progress in the development of this alignment among all of the key stakeholders, but, for Zito the biggest challenge ahead is capital needs. “We continue to be blessed with great leadership in all of the sectors (public, private, philanthropic, academic). It’s very encouraging, because these are the four pillars that support continued growth and development, but it is critical that we meet the capital requirements to do the next generation of bold and audacious things.”

Zito sees the creation of Downtown Phoenix, Inc. as inspirational. “DPI gives us the ability to really take it to the next level. We have a great mix of talent on the board. What we need next is focus and execution. We need to agree on our needs in downtown. For example, if we agree that it’s more residential development, then let’s focus on that and execute it really, really well. Make the process diverse, accessible, inclusive and user-friendly. If we do it well, the leverage you get out of it is phenomenal.”

“We’ve spent too long as a real estate-centric economic story, and now we’re much more multi-faceted and diverse.”

What Zito brings to the DPI board is history and perspective, business acumen, and financial reality. “I’m a collaborator,” he said. “I can convene, but I’d rather coalesce with other leadership. The vision, time and talent of other board members, such as Mike Ebert and Don Brandt is unquestioned, but you mix that with a Kimber Lanning of Local First, add in the arts community, and the public sector piece with the Mayor and Ed Zuercher, the City Manager, and it becomes electric.”

Zito sees DPI as the next phase of the alignment and collaboration that downtown needs. “From the get go,” he says, “DPI has made a clear statement of inclusion and has been very effective at getting everyone to the table to take the city to the next level. There’s a stronger pulse and heart beat. We’ve spent too long as a real estate-centric economic story, and now we’re much more multi-faceted and diverse.”

In his free time, Zito enjoys visiting the Phoenix Art Museum and he follows a particular sports team (hint, hint…the Suns). He feels that there is a certain energy and spirit of hope that is created with the public when their sports teams are doing well. As he puts it, “a lot of hope and inspiration is part of what creates a successful urban environment. Our best days lie ahead.”