ASU Center for Law and Society Soon to Break Ground 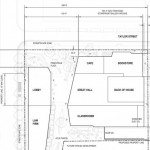 Arizona State University is building a new Arizona Center for Law and Society in downtown Phoenix on the block between Polk and Taylor and First and Second Streets.

Crow and Stanton described a $129 million, six-story complex with two levels of underground parking, reserving 25% of the city block for the option of future development. Facilities will include not only the ASU College of Law but also a public law library and civic outreach center, a bookstore, a café, a “Great Hall,” and offices for the ASU Alumni Law Group, a non-profit, privately financed teaching law firm.

Renderings for ASU’s Arizona Center for Law and Society. Courtesy of City of Phoenix.

Members of the downtown Phoenix community expressed concern over seven proposed variances. In response, ASU organized public forums with participants from the Downtown Phoenix Partnership, the Thunderdome Neighborhood Association for Non­Auto Mobility, and the Roosevelt Action Alliance. One meeting brought together Downtown Voices Coalition with representatives from the city, ASU, and the two design firms involved with this project (New York’s Ennead Architects and Phoenix’s Jones Studio). Discussion covered the project’s compatibility with the foot- and bike-friendly improvements made to First Street last October, which included tree plantings, parklets, and revised parking.

“First Street is developed as a pedestrian corridor,” maintained the Center’s zoning narrative, “accommodating pocket parks/pedestrian plazas/places of respite at the north and south ends of the site.”

While two of the variances reduced frontage on Taylor, First Street, and Polk, allowing more room to build, the narrative suggested that the shaded public areas on Polk and the mid-block cut-through will actually encourage pedestrian activity.

“All of these [variances] are consistent with a good urban building that invites the community and the campus onto the site, and with good planning by the City for greater density on the site over time,” says ASU Senior Vice President and University Planner Richard Stanley.

“Within the context of the campus and the context of the downtown,” Stanley continues, “it fulfills the intent and spirit…for that…district in terms of its ‘urban-ness,’ its walkability, and its general respect for downtown ambiance.”

Regarding foot-traffic concerns, “The pedestrian walkway along First Street is actually enhanced as a result of the building being there,” he says. “The landscaping and the trees that are in place along the edge of the parking lot now will be maintained, and then in addition to that we would build a berm on the building side of the sidewalk and put some benches in…and have some benches that would be integral into the berm itself.”

“The façade that will be along First Street starting from the south is an extremely open space…something which I think is visually quite active as you walk along the street,” Stanley elaborates. “And then at the northern corner of the building, on Taylor Street, there’s a seating area…and what some people have referred to as sort of a Speaker’s Corner.”

He concludes, “So I think there’s a lot of reasons why someone might choose…an equal choice of walking down First Street to get to Taylor or walking through the building.”

While the community appealed the variances through the standard process, the original approval of the design was ultimately upheld.

Initial discussion within ASU’s administration began around 2009, and the construction schedule spans two years. “I think it’s been a very good process,” he says, “a continuation of the partnership with the city…. It’s a big project both financially and programmatically for us, and so we needed to be very careful that we were planning it properly and that we had the financial wherewithal to be able to handle it.”

Stanley says that ASU’s endeavor may break ground as early as June, and the Center is scheduled to open for the fall term of 2016. “We’re just getting to the point of having the finalized bid prices in on the project,” he explains, “and that’s the point in the standard process at the universities that we take the project to the Board of Regents…we go back to them to have the final approval to proceed with the actual spending of the money.” Stanley adds, “We won’t be bringing them any surprises.”

“I will certainly be following up with…the groups that represent downtown neighborhoods,” said Stanley. “I’ll offer up regular progress reports on the building…. If there’s any dramatic change in the nature of the plans as we go along…we’d come back and talk to them about that.”