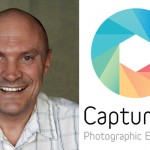 In 1999, a group of graduate art students at the Arizona State University School of Art were concerned with the lack of opportunities to exhibit contemporary artwork in Phoenix. In response, they founded eye lounge: a contemporary art space, an artist-run collective dedicated to creating exhibition opportunities for artists. In 2001, the group moved into its permanent location at 419 East Roosevelt Street in a building owned and managed by founding members Greg Esser and Cindy Dach. This year marks the 15-year anniversary for the collective.

Since its founding, the venue has hosted more than 500 one-person and group exhibitions. Many member artists have continued on to representation in commercial galleries in Arizona and nationally and to tenured teaching positions throughout the U.S. eye lounge was a founding gallery of the Roosevelt Row Community Development Corporation.

Significantly more opportunities exist now for emerging and established artists to exhibit in downtown Phoenix than ever before. “The relocation of Bentley Projects and, more recently, Lisa Sette Gallery from Scottsdale to downtown Phoenix bode well for the maturation of the downtown Phoenix arts scene,” says Dach. “The vibrancy of this area is almost unrecognizable now from where we started.” Stephen Gittins will open Capture 12 in the western part of eye lounge.

In an effort to create new opportunities for incoming artists to establish roots in the Roosevelt Row Artists’ District, eye lounge is reconfiguring its building footprint to welcome a new artist venture into the space. Beginning June 2014, ASU School of Art alum, photographer and educator Stephen Gittins will open his business, Capture 12, in 417 East Roosevelt, the western bay of the building.

“We’re very excited to have Capture 12 join the space,” says Esser. “Capture 12’s classes, workshops and exhibitions will add even more street level activation to this storefront on Roosevelt Street. This area has a strong history of supporting photographers, and this neighborhood, with its murals and authentic ‘funky’ building fabric, has become one of the most photographed areas of Phoenix.”

The new configuration more closely echoes the original purpose of the two individual storefronts built more than 50 years ago. Esser explains, “We’re very fortunate to have met the adults who grew up in each of the buildings that we have renovated in this neighborhood. The Beck family lived in the home which now houses Made Art Boutique. In 1949, when this was a very vibrant pedestrian-focused mixed-use neighborhood, the Beck family built the eastern storefront addition. One year later, they completed the western storefront addition. The family’s son, though he left the area decades ago before it went into decline, now comes back to his old neighborhood to attend First Fridays and purchase artwork and is thrilled with how the area has evolved.”

The parking lot to the west of eye lounge housed a separate craftsman bungalow-style single family home until the late 1960s. Plans are underway to develop additional new artist venues at this location. Events and a publication to mark the 15-year anniversary of eye lounge are currently in development.