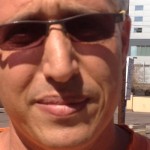 The downtown Phoenix community was disappointed by the decision of the Phoenix Suns ownership group to demolish historic buildings neighboring their home court, US Airways Center, to make room for a VIP parking lot.

Michael Levine, a property owner and advocate of the warehouse district, speaks to the impact of this loss which goes beyond brick and mortar. Read what Michael had to say and watch the video below.

Yeah, from an economic development standpoint this is vintage cutting off your nose to spite your face. This is what people want to come see when they come to Downtown Phoenix. They want something authentic, they want something real. And these could have been really, cool hip places. I understand the economic penciling argument on paying $4 million for the land, and it being zoned…but the guys who owned it have more than enough money to build up and over the properties.

And each of these buildings that goes down accelerates the rate of the other buildings going down.

And the Super Bowl is going to be here in two and half years, and the entire sales pitch on the Super Bowl (festivities) being in downtown Phoenix was based off of having small, walkable, cool hip bars and entertainment, and something that was really Phoenix-centric…and that Phoenix could be proud of. And more and more of that it disappearing.

The irony of this being demolished during our Centennial…this on the heels of the Frank Lloyd Wright house. These other buildings where Majerle’s is…there is [sic] a lot of other buildings from the 1890’s that people want to be in. They don’t want to be in the new spaces. Or if they are the new spaces…like Arrogant Butcher…they’re making them look like the old spaces. We have the actual old spaces here.

So, the community leadership part of it, the City, Sarver, Alliance Bank, the Phoenix Suns…it’s tragic. They should know better. They should understand just the economics of it. They can make this thing pencil. It’s just a lack of will and/or a lack of understanding.