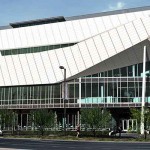 Student initiative took a whole new form today as the downtown Phoenix community celebrated the groundbreaking of “The Y at ASU.”

After years of pushing for a new campus recreation center, ASU students can finally expect the 64,000 square foot facility to be open by fall of 2013. The $25 million project will include an outdoor track, a weight room, a large gymnasium, and a rooftop pool designated for students only.

“This project is a maturation of the university and of the downtown campus as it becomes a place to learn and a place to live,” Crow said. “It’s an indication of students making investments, as well as student engagement in the university.”

Because the project is student fee funded, Crow added that this building represents the responsibility students have taken to develop a more synergistic college environment for themselves in downtown Phoenix.

“We wanted this kind of living and learning environment on every campus, and adding a recreational building will help establish that for the Phoenix campus,” Crow said.

George Scobas, President and CEO of the Valley of the Sun YMCA, said the partnership between ASU and the YMCA has allowed a vision to turn into something real as the campus becomes an asset to the urban community.

“Over the past six years or so, there has been tremendous growth in this community,” Scobas added. “I think that in years to come, the [Lincoln Family Downtown] YMCA could be the center of the entire downtown campus.”

Scobas also said the culmination of Phoenix residents, the business community and ASU students makes the city unique and helps projects like this advance quickly due to a strong push from all community groups.

“This project rejuvenates downtown, and it’s great that we were all able to pull this together,” he said.

Deputy City Manager Rick Naimark said this project will do much more than just add another recreational building to the campus. He said it will “bring the student body together in a whole new way.”

“This is a continued effort to solidify, strengthen and add to the vibrancy of the downtown campus,” Naimark added. “It’s all without city money, which shows student initiative to improve their university and community.”

Kari Osep, a sophomore at ASU, said she appreciates the different vibe of the downtown campus compared to the Tempe campus, and she is excited to see how the new project will add to the personality of downtown.

“It’s really cool to see the impact ASU has had on this area, and a building like this was definitely missing from our campus,” Osep said.

Osep also said she is impressed with how downtown students are helping to unite the Phoenix community while improving the city and university.

“It’s good to see that students aren’t just here to go to school,” Osep added. “They are here motivating the community to expand and become something bigger and better.” 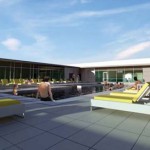 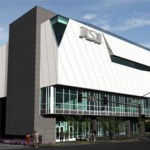 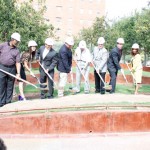 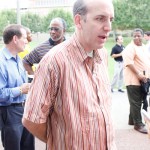 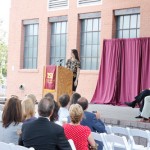 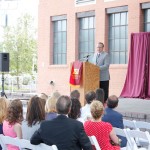 Valley of the Sun YMCA President and CEO George Scobas 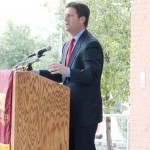 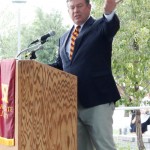 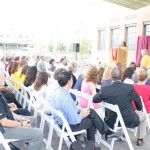 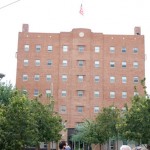 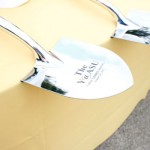 Shovels at the ready