Jos. A. Bank to Open at CityScape in September 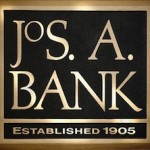 Jos. A. Bank is opening its sixth Valley location on the lower level of CityScape next door Charming Charlie’s (the former home of Republic of Couture). The store is set to open in early September and will be stocked with business apparel, sportswear and vacation apparel. They will also be providing tuxedo rentals.

“We are a pretty traditional men’s store; one your father shops at and your grandfather shops too,” said Tom Kilwein, Jos. A. Bank regional sales director. The company caters to a range of business customers and is working towards more fashion-forward collections to draw in the younger customers.

Kilwein said they chose to open a downtown location because that is where their customers are. Phoenix will be added to a list of major cities across the country that have stores in their downtown areas.

One thing that sets the store apart from other similar stores is that every product, except the shoes, in store is a Jos. A. Bank label, Kilwein said.

“The people we have talked to are excited and we really think it is going to be phenomenal,” Kilwein said.