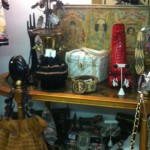 “The type of store I have, I don’t really feel like there is one out there,” Guerriero said. “So I felt like I had a great business concept and everybody would respond to it well, and they have.”

Since 2010, Guerriero has been the owner and curator of the vintage retail store, Vintage by Misty. She has built up a successful business on Central Avenue in downtown Phoenix, and online. She sells hand-picked clothing and accessories from the 60s to late 80s, with prices ranging from $40 to $400.

She wanted to cater to the local neighborhood surrounding her including Arizona State University’s downtown Phoenix campus, which is another reason Guerriero likes to keep a wide range of prices in her store.

“I never like to put a demographic on a business because I feel like if you do it right you can have something for anyone that walks in your door,” Guerriero said. 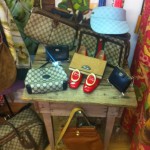 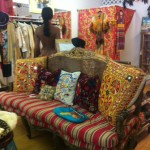 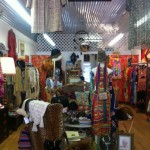 When Vintage by Misty opened in 2010, the economy was recovering from the recession and downtown Phoenix was on its way to new development. Although she had originally been working in Scottsdale, Guerriero chose to locate in downtown Phoenix to bring a small business with a new unique concept to the area.

“A lot of people and restaurants are coming to downtown because you can get amazing buildings and spaces at a great price,” Guerriero said.

Since Phoenix is a seasonal state, in the off summer months Guerriero has kept a profit by pushing her retail online. She joined Etsy, an online store for handmade and vintage items, and has been successful selling to people all over the world. Her in-store retail is still more profitable because people want to see and try on vintage, Guerriero said.

As an entrepreneur, she handles all aspects of the business. From being the face of Vintage by Misty, to doing the accounting, networking and marketing she has taken on multiple jobs within her store to form a brand.

“With a vintage store too you are really the only person that is marketing you,” Guerriero said. “You can’t compare a vintage store to Nordstrom; I mean it’s two completely different businesses. You have all those lines that Nordstrom carries promoting themselves and then you have Nordstrom on top of that promoting it.”

But the atmosphere in Vintage by Misty cannot be compared to any department store. The store is decorated with fun colors and décor of different cultures and eras. Racks of beautiful designers like Chanel, Gucci and Dior hang throughout the store. The moment you step into Vintage by Misty you leave downtown Phoenix and walk into a new bohemian, chic world.

“It’s the little things that make a huge difference, because everybody needs a break,” Guerriero said. “This world is so crazy. We’re all stressed out and I think this is what makes Vintage by Misty so fun. You come into this whole different world and you just play and you feel pretty.”

As far as expanding Vintage by Misty, Guerriero doesn’t have any plans as of now. She does private trunk shows known as “pop-ups” and will continue to brand herself online and in the Phoenix area.

“There’s no limit if you know how to market yourself,” Guerriero said.

In this story: Downtown Phoenix, Fashion, Shopping, Vintage by Misty