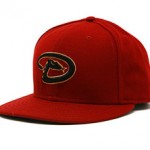 No need to apologize
The Arizona Diamondbacks’ impressive season came to a disappointing end on Friday after dropping game 5 in Milwaukee. It was disappointing because the D-backs had fought back in the series and given themselves and legitimate chance to advance after falling behind two games to none. Also disappointing because game 5 was so close and the D-backs wasted some golden opportunities late in the game. Yet they scrapped their way into a 2-2 tie, just to see the season come to an abrupt end as the Brewers managed to punch in the series-clinching run in the bottom of the tenth. Arizona should be proud of what the D-backs accomplished this season, and the players have nothing to be ashamed of.

Microcosm of the season
The NL Divisional Series against Milwaukee paralleled the regular season in many ways. No one gave the D-backs a chance heading into the series. When the D-backs came home down 2-0, you’d be hard-pressed to find anyone that was talking about a comeback. The D-backs proved once again that they play some of their best ball when their backs are against the wall. They thrilled the home crowd at Chase Field and provided some of the most exciting plays of the year on their way to tying the series at two games apiece. The grand slam by Paul Goldschmidt in game 3 will go down as one of the most exciting plays is Diamondbacks postseason history.

Home-field advantage
Taking care of home-field advantage is what the postseason is all about. The D-backs struggled just enough at the end of the regular season and the Brewers were able to secure home-field advantage for this match-up. As it turns out, that may have been the deciding factor. The aces battled it out in the finale and that minimized much of the advantage of the home team. However, once the game went into extra innings, the Brewers instantly became an overwhelming favorite. The D-backs have demonstrated throughout the season the ability to come from behind for victories. Unfortunately, in extra innings, there is no opportunity to come back. The opponent scores, you lose. And that’s exactly what happened. When these battles are so evenly matched, every little advantage that you can get is huge.

Lots to be excited about
As a fan, it’s always hard to watch your team get bumped out of the playoffs. It’s important to keep things in perspective. Only one team is going to finish the season without disappointment. The postseason is extremely competitive and fans have to be encouraged just being represented. The D-backs exceeded expectations all season long and with their young core of talent, there is no reason that this success couldn’t become an annual experience. Next time around, the guys will be better prepared. It really felt like Arizona embraced the D-backs this season and it would be great for that passion to carry over to next season. It’s clear that the players on this team enjoy their teammates and that excitement rubs off on the fans. All signs point to this being the beginning of something special for the D-backs.