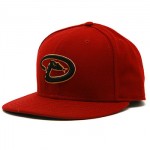 The Arizona Diamondbacks have exceeded expectations for much of the season. Friday proved to be the day that the D-backs would cash in on their success and make the dream a reality. Over the last couple weeks, the D-backs have been creeping closer and closer to securing the NL West title.

At times, it appeared as though the pressure of the situation was starting to get to the players a bit. They weren’t playing with the same intensity that’s been evident all season. Fortunately there was never really any doubt that the D-backs would eventually secure the title. The stage was set for the D-backs to celebrate with a single win over the weekend at home against the Giants. What a great way to wrap it up – at home against a division rival and defending World Series Champions.

D-backs push on
After clinching the division on Friday and partaking in all of the post-game festivities, it seemed feasible that the team could come out flat on Saturday. Not simply because of the lengthy, well deserved, celebration the night before, but just the idea that it’s inherently difficult to turn it back on so quickly. It’s human nature to let down just a bit after such an exhausting, exhilarating high. After all, the team had already accomplished what they set out for when the season began.

Clearly the D-backs are not content. They still have plenty to prove and are not convinced that the journey is over. There is still plenty to accomplish as a team – and even some individual honors.

Coming out on Saturday and dominating the Giants showed that the D-backs are determined to stay focused and finish the season strong, while also making a convincing statement about the future. These head-to-head matchups can go a long way towards demonstrating that this isn’t a one-year deal. It’s important for the Giants to recognize that the D-backs are built to succeed for years to come.

The D-backs need to continue winning in an attempt to catch the Milwaukee Brewers for second place in the National League. This would give Arizona home-field advantage in the first round of the playoffs and ensure that they would not have to play Philadelphia to open the playoffs. From an individual standpoint, Ian Kennedy was able to pad his already impressive Cy Young resume – picking up his NL-leading 21st win.

Chase is on
The crowd was electric on Friday evening at Chase Field to open the three-game weekend series. It’s no mystery that the crowd turned out in hopes of seeing a piece of history. Whatever the reason, it’s great to see the place packed and supporting a Diamondbacks team that deserves the fan support. The D-backs did not disappoint. Instead of letting the suspense build, the D-backs came out and took care of business. And did so in true Diamondback fashion – by coming from behind late for the victory.

As exciting as it was to win the NL West and celebrate at home with the fans, let’s hope this is only the beginning. In a perfect world, there will be three more celebrations to come.